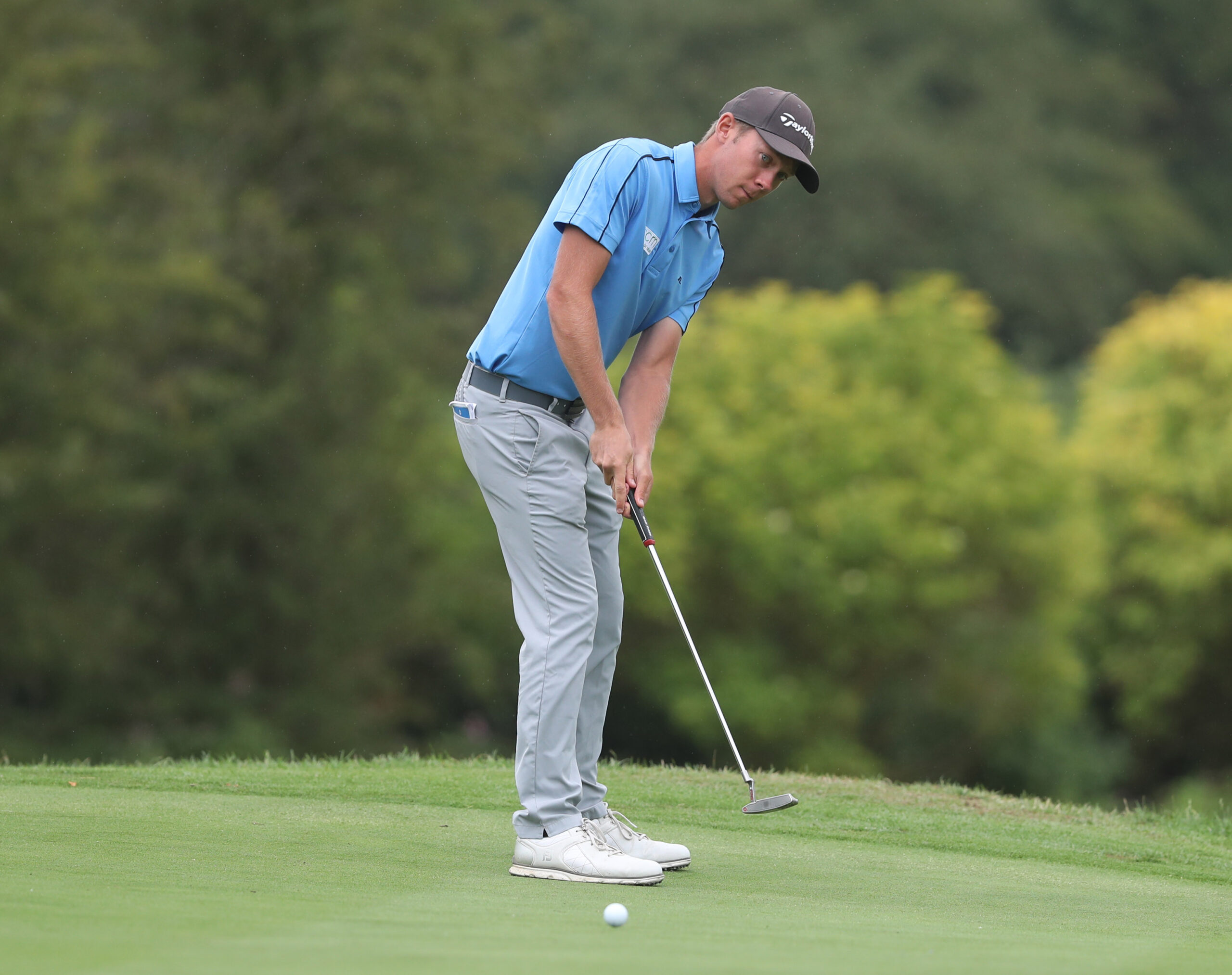 Josh Hilleard will take a two-shot advantage going into the second day at Studley Wood Golf Cub after posting an opening round of 62 for 11 under to open up an initial lead on the field in Oxford.

Hilleard was bogey-free for his efforts as he took out his back nine in 30 after starting on the tenth tee in one of the earlier morning groups to head out. The Golfing4Life golfer pièce de résistance came on his last hole (the ninth) eagling the 532-yard par five to set the gauntlet.

Another one of the early runners was William Harrold who went out in 30 putting the 59 watch on high alert with birdies on 3, 4, and 5 setting the momentum before eventually settling on the back nine for a tasty opening round of nine under for 64 to hold a strong positon going into day two. The Sheringham golfer is joined at nine under with the ever impressive Tom Sloman.

Sloman (Trinifold Sports) was good value for his efforts going out in 31 (-6)* with birdies on 16, 17, and an eagle at the 18th. The Somerset man is still in the hunt for his first victory on the Tour and an opening day like that will do his chances no harm.

Scottish pair Stuart McLaren and Jack McDonald also fared well with the pair at eight under. McLaren made light work of the back nine for 32 bogey-free before complementing it on his way into the clubhouse for a blemish free day. McDonald (Kilmarnock (Barassie) was also bogey-free and enjoyed a storming back nine to come in for 31.

Order of Merit leader Mitch Waite also sits at eight under with Bailey Gill. Waite (Filton Golf Club) kept things steady after a bogey started his round to keep pace whilst Gill (Lindrick Golf Club) will rue some missed changes with two bogies on the card along with eight birdies and an eagle on the card.

It’s moving day in Oxfordshire where the will be made to the leading 50 players plus ties before the final day on Friday. Tee Times

Highlights from The Studley Wood Championship at Studley Wood Golf Club will air on Sky Sports Golf on Tuesday 14, September at 6pm with several other showings scheduled. See the full where to watch guide here.