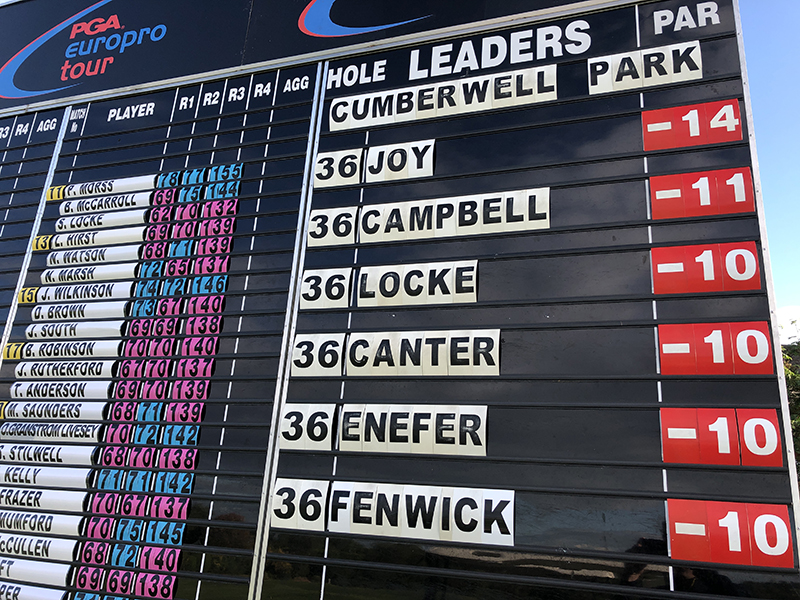 Luke Joy (Remedy Oak/Yas Links Abu Dhabi) holds a three-shot lead to put him firmly in control at The Diamond X Open at Cumberwell Park Golf Club after Day 2 going into the final round tomorrow.

Joy posted a second round of five under with six birdies and an eagle to his name to put him three up on Scotsman Ryan Campbell (Falkirk Golf Club).

Campbell went six deep in his bogey-free second round to bring himself right into contention heading into the final day.

Sam Locke (Paul Lawrie Golf Centre) sits one shot further back on ten under going into the third day after a round of 70 to go with his 62 yesterday. Whilst Will Enefer (Retail Furniture Ltd), Neil Fenwick (Dunbar Golf Club) and Laurie Canter (Cumberwell Park) also came in on ten under with all three aforementioned going four under. 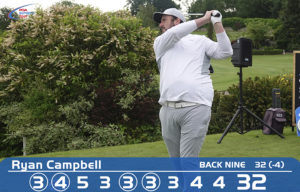 Several players went into the clubhouse just short of those mentioned above to make it an interesting last round ahead with Scott Fallon (North Middlesex Golf Club), Dermot McElroy (Ballymena Golf Club), Lawrence Allan (Alva Golf Club) and Jack Colgate (Rochester & Cobham Park GC) all on nine under.

Hugo Dobson (Woodbridge Golf Club) and Nick Marsh (Huddersfield Golf Club) both went six under for their second rounds recovering from one over yesterday to move across the right side of the cut line. Marsh went birdie, birdie, eagle on the last three holes to bring himself above the cut line.

On the note of six under, it proved a popular overall score for the first two days with twelve players sitting there after two rounds including Freddie Price of Royal Blackheath Golf Club who was five under.

A familiar face was back out in competition, John E. Morgan went level par to make the cut.

Day 3 of The Diamond X Open at Cumberwell Park Golf Club gets underway with the first tee times at 7.30 am. The top 50 plus ties will contest making it 66.

Allan, Joy and Locke on top after Day 1 at Cumberwell