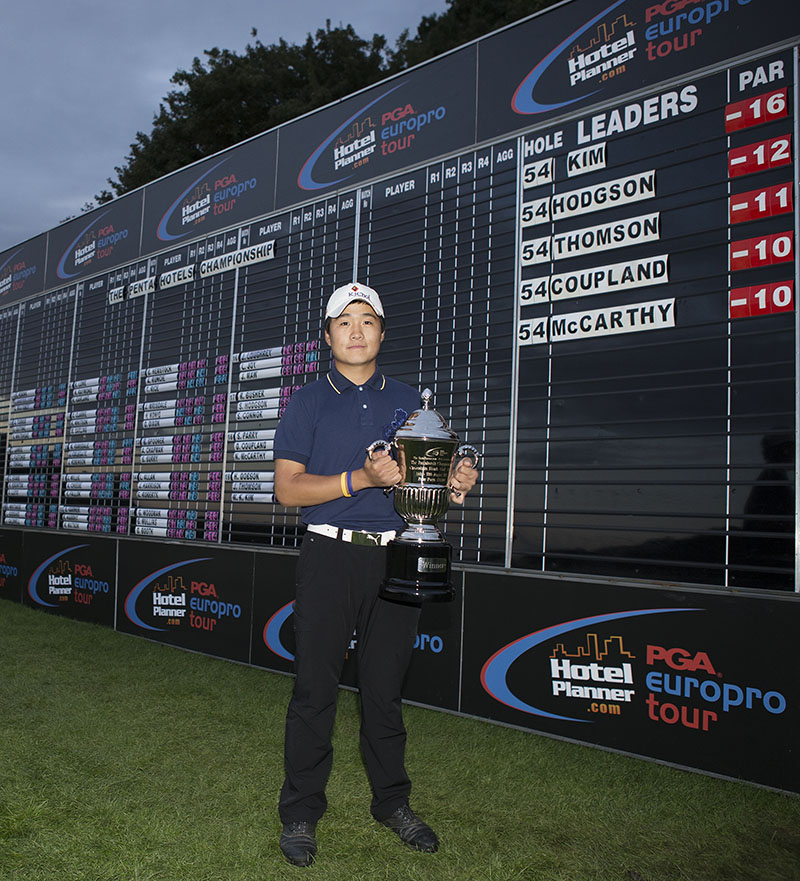 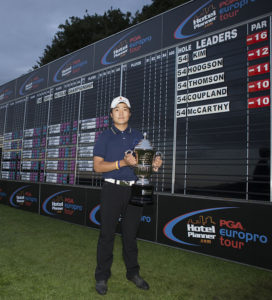 The final day was marred by poor weather and saw lightning suspend play twice at 12.15pm and 2.15pm, before eventually resuming at 4.30pm.

Kim, who resumed his round on the 6th, weathered the storm to put an electric display in on the front nine, carding five birdies in the process. However, his back nine was anything but electric, bogies on the 13th and 14th reduced his lead to four shots, but back-to-back birdies in response re-established his commanding lead before a double bogey on 18.

“I am so happy and really impressed with my win”: said Kim, who wins £10,000 as well as a brand new Motocaddy S3 PRO electric trolley with lithium battery, Bushnell Pro X2 Range Finder and Bolle sunglasses.

“I focused on my game and that really helped me. I was nervous, but I tried to not let the pressure get to me.”

“I’d like to thank the EuroPro Tour, Caversham Heath, Golf Mind Korea, and the KJ Choi Foundation for all of their support.”

Stiggy Hodgson (The Wisley Golf Club) carded a solid final round of four under par to finish twelve under par for the tournament. But he rarely threatened Kim’s lead, which started the day four shots ahead of the other golfers. 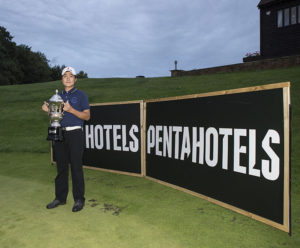 Kim climbs to 5th in the tour rankings, from which the top five as the end of the season earn promotion to the Challenge Tour.