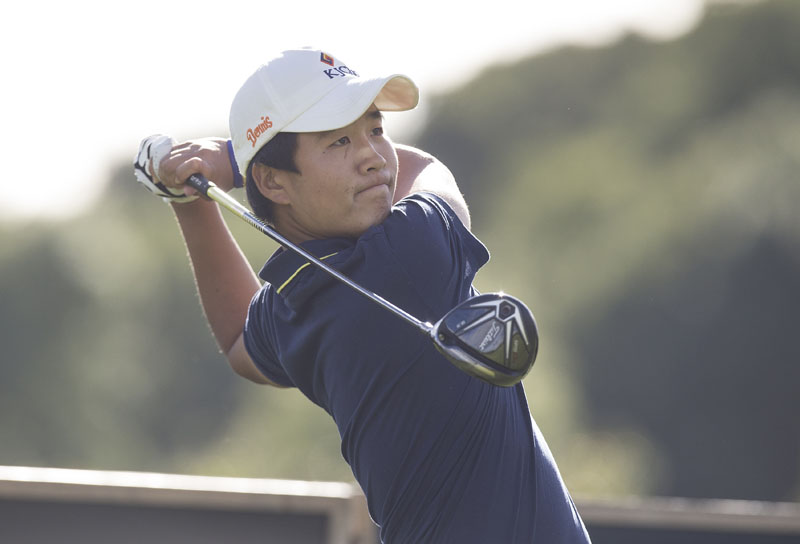 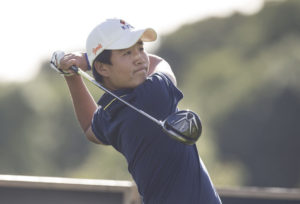 “Today was a very good day of golf for me, my whole game was brilliant from driving to putting.”: said Kim, who currently sits 5th in the Race To Amendoeria.

The 16-year old collected a staggering 10 birdies across 18 holes, and could have easily gone better if luck was on his side.

His second shot on the par four 6th bounced out of the hole to land 20 feet away which he subsequently two putted. His last putt of the day also skimmed the hole which would have given him the course record.

However, the young golfer remained upbeat and said: “It was my best ever round; I felt good out there. I’m feeling really confident after my win last week.

“I’m really focused on my game, and am aiming to card a bogeyless final round to win.”

Nick Marsh (Huddersfield Golf Club) carded an excellent eight-under par (64) to hold third place, and could’ve finished higher had it not been for back-to-back bogies on the 17th and 18th holes.

The East course at East Sussex National Golf Club has been Uckfield’s birdie mecca this week, with more than 1,000 scored across 36 holes by the 156 golfers; whilst less than 30 eagles have been collected.

A cut to the leading 50 professionals and ties has now been made, with those one under par or better proceeding to play the final round, after which the winner will take home £10,000 from a £50,000 fund.

Spectator entry is free of charge throughout and live scoring is available at www.europrotour.com. Highlights from the FORE Business Championship at East Sussex National Golf Club will air on Sky Sports Golf on Tuesday, September 5.