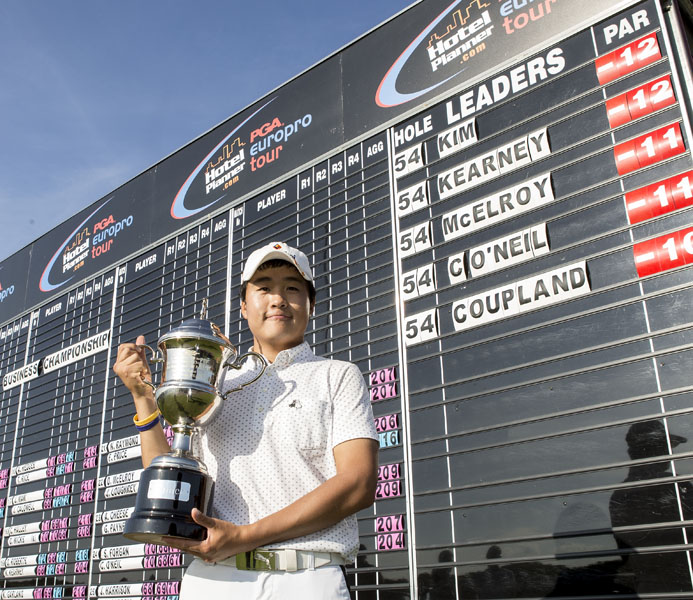 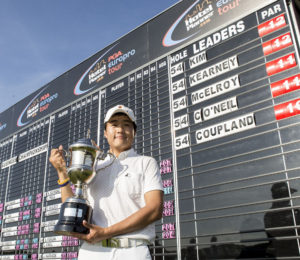 Min Kyu Kim claimed his second title in as many weeks at the HotelPlanner.com PGA EuroPro Tour’s FORE Business Championship.

Kim (Golfmind Korea) was the firm favourite heading into the final round after equalling the course record in his second round, carding a superb -9 (63).

However, the Korean blew the title race wide open after three bogies in his last three holes to finish +1, forcing a play-off with Niall Kearney (The Royal Dublin).

Kearney was deserving of a play off at least, after he finished 12-under par, carding an excellent -8 (64) final round in the process.

Both players parred the first play-off hole, before Kearney bogeyed the 18th on the second attempt which Kim comfortably putted for par.

“I’m so happy with my second win, I played really well up until my final three holes”: said Kim, who wins £10,000 as well as a brand new Motocaddy S3 PRO electric trolley with lithium battery, Bushnell Pro X2 Range Finder and Bolle sunglasses.

“I was really nervous heading into the play-off but I just tried to relax, manage my game, and tried to enjoy it. It’s been a really long day and I’m very tired but it felt great when that final putt fell in.” 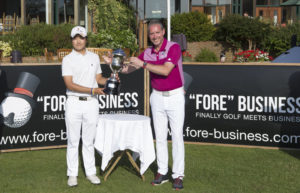 Kim climbs to 2nd in the Race To Amendoeria with three events left, and faces a very real chance of challenging for the £250,000 four-win bonus, with current leader Chris Lloyd, in his current form.

He added: “Chris Lloyd is a great player and it’s a good feeling knowing I’m close to his total tour wins this year. I’d like to thank EuroPro Tour, East Sussex National Golf Club, and Golfmind Korea for all of their support this year.”