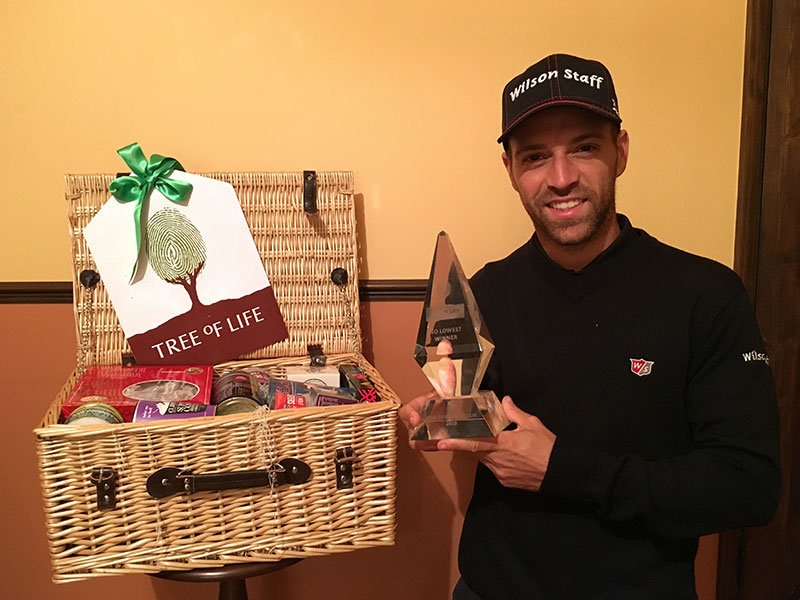 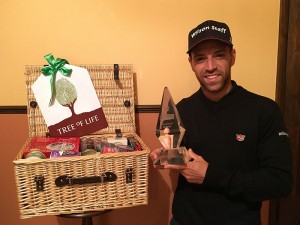 Gary King won the HotelPlanner.com PGA EuroPro Tour’s Tree of Life Go Lowest for his ten-under-par opening round at Frilford Heath Golf Club in May.

The Tree of Life Go Lowest awards the lowest to-par round of the season with a crystal trophy and a hamper of health foods from Tree Of Life, which was also awarded to the Tour’s top five players (pictured) who now progress to the Challenge Tour.

King’s ten under shaved four shots off Frilford’s Red Course record and gave him an unassailable lead in The Buildbase Open, which was his second win of the EuroPro season.

“I started with a birdie and was absolutely ripping it and holed everything,” said King of his record round.

“It was pretty much a perfect round. I was thinking of 59 when I had an eagle chance on the 6th, my 15th, but that slipped by. I had a couple more chances coming in but to finish with a two on the last for a 62, that is my lowest professional round.

“I have always played well at Frilford, around both the Red and Blue Courses. There is a premium on driving the ball well around the Red and I hit it really well off the tee, which gave me a lot of chances out there.

“I am very pleased to win the Tree of Life Go Lowest. Healthy eating is essential to succeed in sport and their hamper has a lot of great products in it.”

The full Tree of Life Go Lowest leaderboard can be found here.