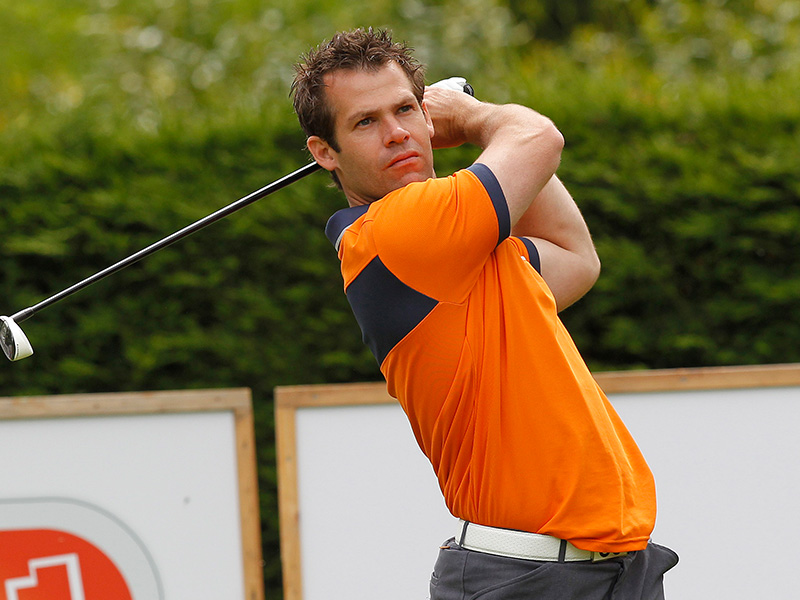 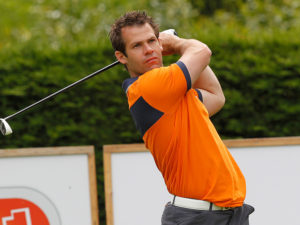 Mark Laskey holds a two-stroke lead in the World Snooker Golf Masters after carding a brilliant seven-under-par 64 for his opening round at Army Golf Club on Wednesday.

The two-time HotelPlanner.com PGA EuroPro Tour winner tops the leaderboard ahead of George Mullins (Langley Park Golf Club) thanks to a course-record equalling first 18. Six golfers share third on three under but are already four behind the leader.

Laskey (Brocket Hall/Team Honma) made eight birdies with his only bogey coming at the 2nd, and the Welshman says it was a not-so-perfect first shot that inadvertently set him on his way.

“I got off to a bit of a shaky start on the first hole,” he admitted. “I fatted it off the tee and ended up chipping in for birdie. That kind of steadied the ship early on and from then on I played well, kept hitting it close and making the putts.

“I played here a few years ago and I really like it. I have been struggling with the driver all year and it has been nice this week where I have hit two iron everywhere. If you play sensibly you can take some of the bogey risks out, but if you are aggressive you can find trouble. Wedge play is the key this week.

“The course is in really good condition; I really like it here.”

Among those sharing third on three under par is Race To Desert Springs Order of Merit leader Matthew Cort (Beedles Lake Golf Club), who has two wins to his name this season while Army Golf Club’s own Sam Robertshawe is one of 13 players on two under, five behind Laskey.

The World Snooker Golf Masters continues with the second round on Thursday, after which a cut to the leading 50 players and ties will be made. Spectator entry is free throughout the event and live scoring can be found at www.europrotour.com.

A two-hour highlights package of the event will be broadcast on Sky Sports on Tuesday, August 16.