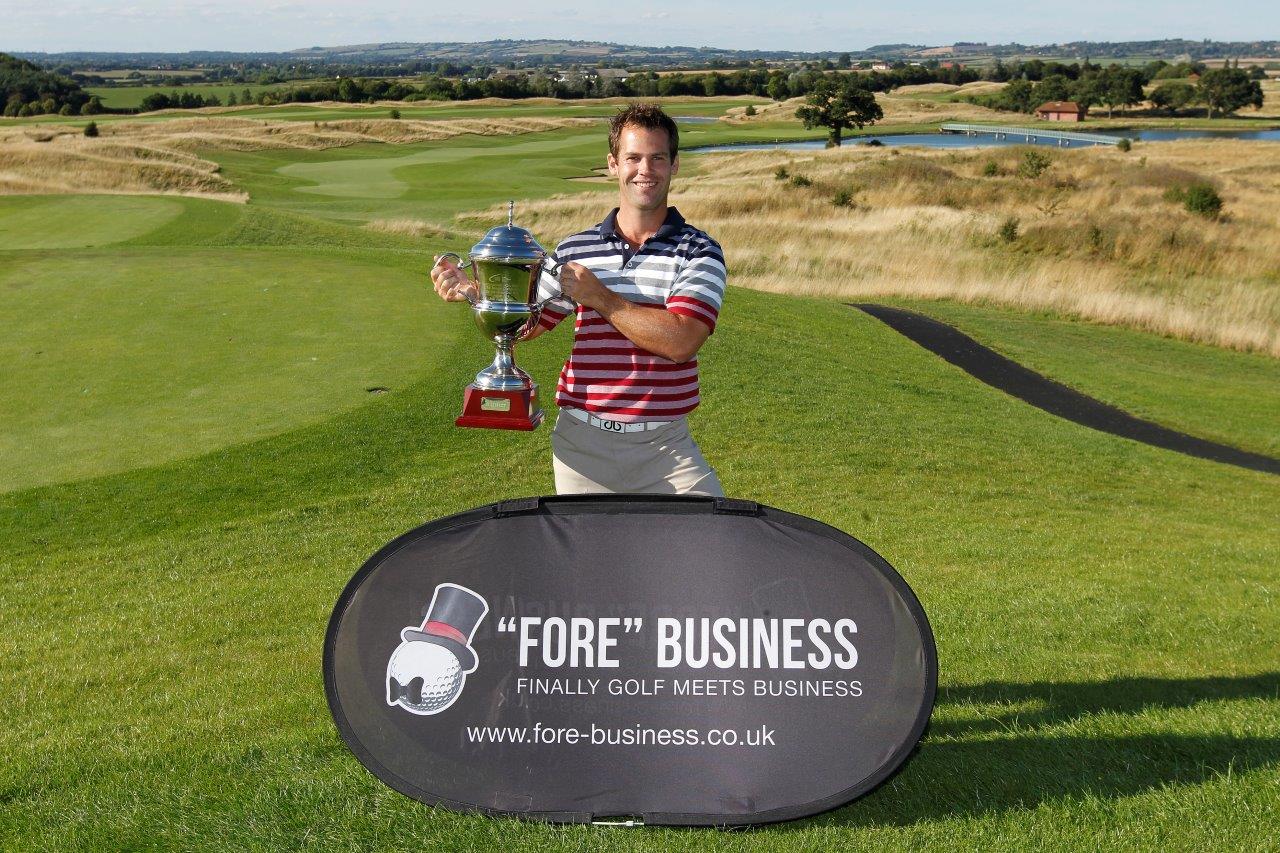 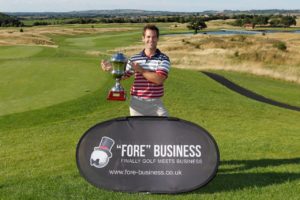 Mark Laskey won his third HotelPlanner.com PGA EuroPro Tour title, his first of the season, beating Alex Wrigley by two shots to win the FORE Business Championship on -16 at The Oxfordshire.

Laskey (Brocket Hall/Team Honma) moves up to second on the Race To Desert Springs Order of Merit with the £10,000 win and earns an exemption to Second Stage of European Tour Qualifying School in the process.

The winner, and playing partner Wrigley, began the round tied in the lead at nine under par with Jack Harrison (Wildwood Golf Club) and Craig Hinton (LJD Technology Services). However, Harrison carded a one-over-par final-round 73 to finish tied 8th while Hinton shot a 78 and finished tied 27th.

Hillsborough Golf Club’s Joe Dean shot a final-round 68 to finish third on -11, but as the final pairing played their back nine it was effectively matchplay between Laskey and Wrigley (Hartlepool Golf Club).

The duo stayed neck-and-neck for much of the round but Welshman Laskey birdied the par-three 15th after a tee shot which almost rolled in for an ace.

Both then made four at the spectacular par-five 17th but having to attack the last for birdie to force the play-off, Wrigley dropped another shot, making Laskey the victor by two.

“It feels so good to finally get the win,” said Laskey, who wins a brand new Motocaddy S1 Lithium trolley, Bushnell Tour X Range Finder and Bolle Sunglasses as well as the £10,000 first prize.

“Alex and I were both pushing each other along. I knew he was going to keep making birdies so I knew I had to keep doing the same. We weren’t looking at leaderboards but I knew if I could beat Alex it would probably be good enough.

“I holed some crucial putts today. The one at the last, I felt Alex was going to hole his so needed mine, and that was a big putt.

“Getting the Tour School exemption is really good because now I can focus on second stage. We have some good courses coming up; Hawkstone I like and Moor Allerton I have won at before, so I am looking forward to hitting those venues and trying to see out that top five.”

Matthew Cort (Beedles Lake Golf Club; 65, 71, 72) consolidated his position at the top of the rankings with a tied-fifth finish. The top five on the Race To Desert Springs at the end of season earn a category on the 2017 Challenge Tour.
The HotelPlanner.com PGA EuroPro Tour continues with the COBRA PUMA GOLF Championship at Hawkstone Park, starting Wednesday, August 31. Highlights of the FORE Business Championship will air on Sky Sports on Tuesday, September 6.