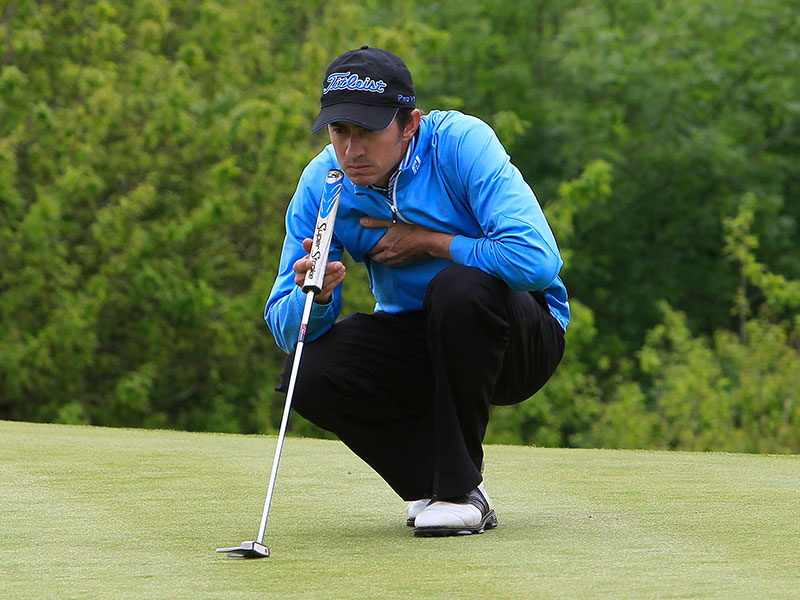 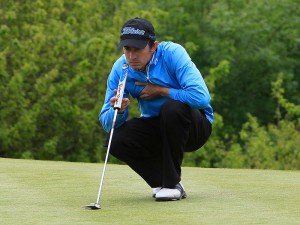 Simon Lilly leads the HotelPlanner.com PGA EuroPro Tour season opener by one shot after carding an opening round 66 in the PDC Golf Championship at Frilford Heath Golf Club in Oxfordshire.

Lilly (Wellingborough Golf Club) shot an unblemished six under par on a wet morning on Frilford’s Red Course, with three birdies on each the front and back nine.

He is trailed by Hartlepool Golf Club’s Alex Wrigley, whose bogey at the 12th denied him a share of the overnight lead.

Nine golfers share third on four under par while Gary King, the winner at Frilford Heath last season, is one of ten players who are three back after opening with a 69 just days after a maiden Challenge Tour victory in Italy.

Leader Lilly wasted little time in making his first birdie with a four on the 2nd, before a birdie two at the 4th. He broke par again with a three at the 7th and coming in made birdies at 10, 13 and 14.

The PDC Golf Championship is being played over Frilford Heath’s Red Course with the winning golfer taking home £10,000 from a total prize fund of £50,000. Any earnings will make a valuable contribution to the Race To Desert Springs Order of Merit, from which the top five at the end of the season earn a Challenge Tour card for 2017.

The Red is Frilford Heath’s oldest and most prestigious course. An authentic championship challenge at 7,015 yards, the Red is a traditional heathland course with pushed-up greens that run fast and true and fairways that demand accurate driving if golfers are to score well.

The PDC Golf Championship is a 54-hole tournament which began on Wednesday, May 18 and concludes on Friday, May 20. A cut to the leading 50 players and ties will be made after 36 holes. Spectator entry is free throughout the event and highlights will be broadcast on Sky Sports on Tuesday, May 31.