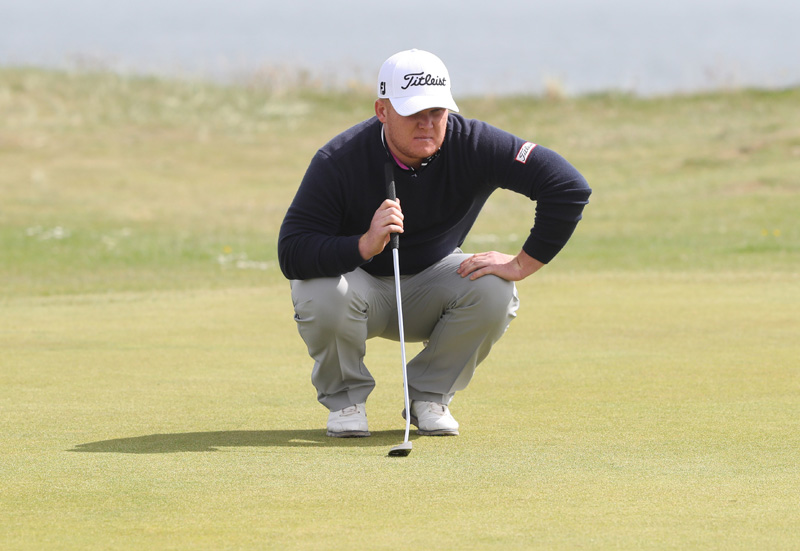 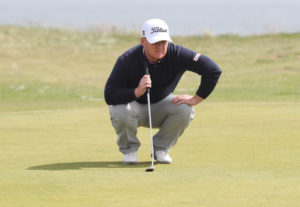 The Kendleshire representative opened with a bogey but made nine birdies to top the leaderboard after round one. Michael Bullen (Worthing Golf Club – RGC/GDL), Haydn McCullen (Delamere Forest), Reeve Whitson (Royal County Down Golf Club) and Scott Fallon (North Middlesex) share second on seven under.

Lloyd won last week’s Eagle Orchid Scottish Masters and a win this week would mean he is halfway towards the £250,000 bonus offered by the tour for four wins during the season.

“I have been playing well for the last two or three months and I had been knocking on the door,” said Lloyd. “It was a relief to get that first pro win, so last week was very satisfying and I will try and get that second one this week.

“That would take me halfway to a very big bonus but at the moment it is tournament by tournament but until you get to maybe three wins you can’t start thinking about it.”

Lloyd won with a 54-hole score of -15 at Montrose Golf Links last week but with the course in great condition and Studley Wood basking in the sunshine being enjoyed across the country, the 25-year-old is anticipating the good scoring seen in round one to continue throughout the week.

“It is quite a scoreable golf course and for me personally it is quite easy on the eye,” he said. “You be can quite aggressive on the tee and hit a lot of drivers. You know you will get plenty of chances and if they don’t come early on you have to be patient. I used that word a lot last week and it is the same this week – I was level par through six but five under through 12, which shows you what is capable on this golf course.

The PDC Golf Championship continues with round two on Thursday after which a cut to the leading 50 players and ties will be made ahead of Friday’s final round.

Live scoring is at www.europrotour.com and spectator entry is free of charge all week. Highlights from Studley Wood will air on Sky Sports on Tuesday, July 4.