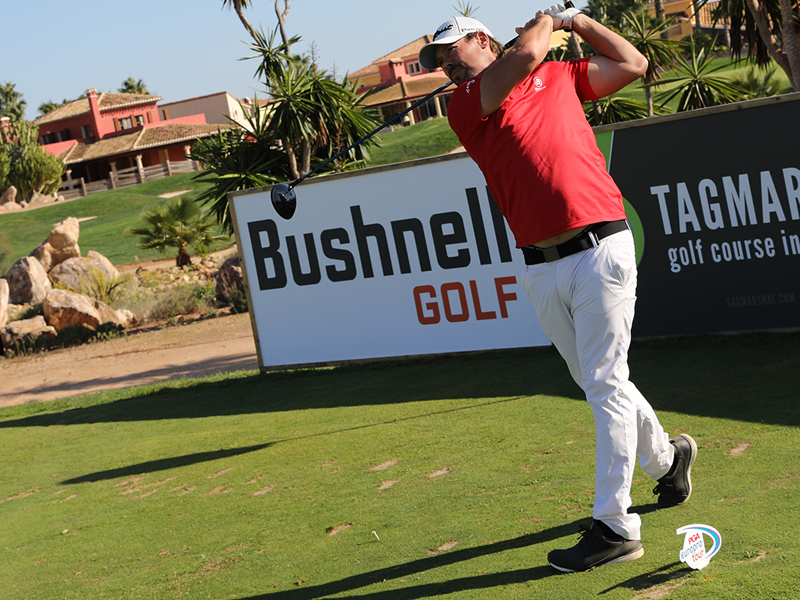 Mikael Lundberg leads Tour Championships 2019 at Desert Springs Resort, Almeria, Spain after a stunning opening round of 64 (-8) to hold a three-shot cushion on the field.

Winner at Donnington Grove early into the season Lundberg was the only one to go bogey-free as he found eight birdies on a course where there’s no room for error off the tee.

Lundberg said: “In the beginning, I played well. There was hardly any wind. It was quite easy the front nine of course when you play good shots. The back nine was quite tricky and the wind picked up. The last three holes are tricky.”

Alfie Plant (Sundridge Park Golf Club) is second after an opening round of 65 (-6) that included a bogey-free opening nine for 33 including a brilliant recovery on 6 for par after a wayward tee shot.

Ben Ferguson (The Vines), Tom Gandy (Rowany Golf Club), Conor O’Neil (Pollok/Mearns Castle), and James Allan all went out in 67 for -5 to take a share going into the second day of play.

O’Neil said: “I am pleased with it. It’s only a three-round tournament so it’s important to get off with a fast start. I was just kind of following James (Allan) he had a hot start and I was just sort of playing catch up after that.” 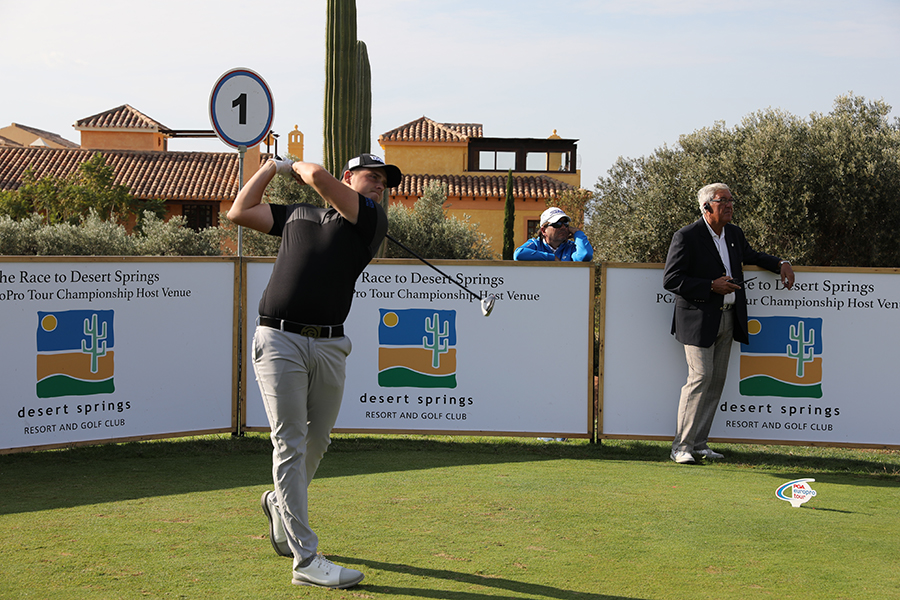 Allan (pictured above) added: “It was quite tricky on the back nine. Our first sort of seven holes was quite flat and calmer and I think that reflects in the scoring early doors and then on the back nine it picked up again.

In 25c heat, it was 2017 Tour Championship winner Adam Chapman out the blocks fastest through his front nine in 30 (-7) before dropping back to finish tied ninth for 69 (-3) after a trickier back nine where the wind changed matters.

There will be a redraw this evening ahead of tomorrow morning with three balls/two balls put together based on the first day.