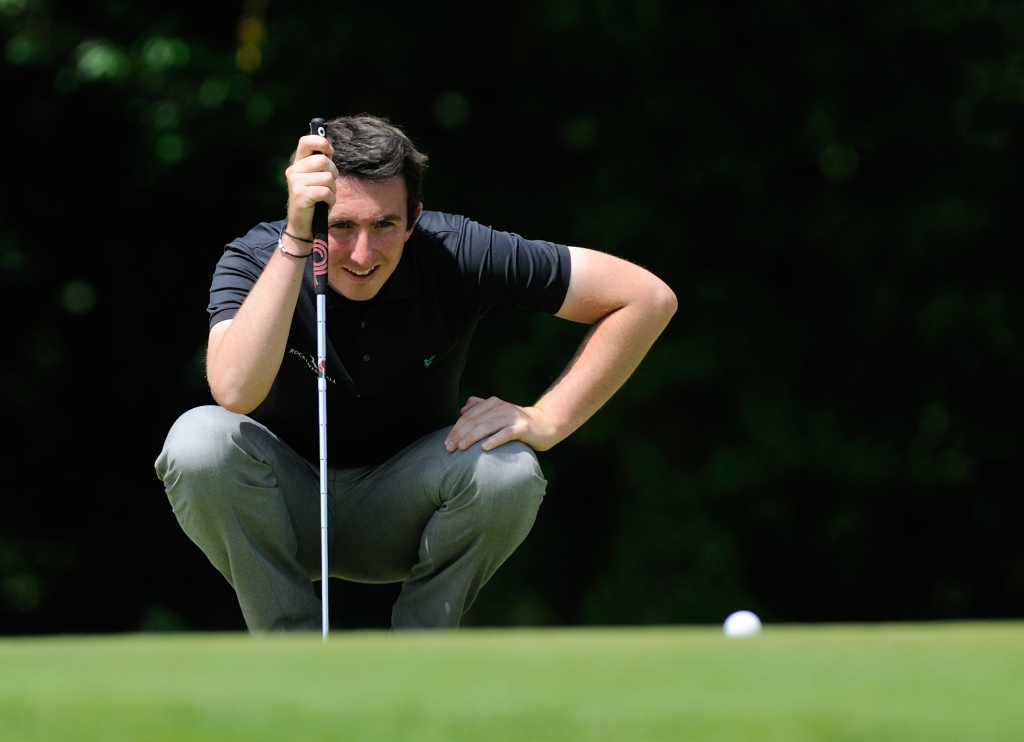 Sheffield’s James Maw shot a magnificent 65 on a windy opening day of the Break90 Classic at De Vere Slaley Hall to lead the HotelPlanner.com PGA EuroPro Tour event by one stroke on seven under par.

Ireland’s Michael McGeady and Scotsman Ross Kellett share second on six under, while Stiggy Hodgson carded a first-round 67 which included three eagles and is fourth on five under.

Maw (Rockliffe Hall) has missed the last two cuts on the HotelPlanner.com PGA EuroPro Tour but made eight birdies on De Vere Slaley Hall’s Priestman Course on Wednesday, with a solitary bogey at the ninth.

“I didn’t miss a shot today,” said Maw after his round. “It has come out of nowhere because I haven’t been playing well over the last couple of weeks.

“I missed the last two cuts so I have had a bit more time since the last event to refresh but we have played a lot of golf but I haven’t done a lot differently.

“It was tough today because of the wind, although it wasn’t as windy as in the pro-am yesterday. I shot five over in the pro-am but did actually play well so it is random to be seven under today.

An eagle at the par-four 14th helped Michael McGeady (North West Golf Club) to an opening-round 66, while Kellett (Kingsfield Golf Centre) was unblemished as he also went six below the card in Northumberland.

The Break90 Classic is a 54-hole strokeplay event being played over the Priestman Course at De Vere Slaley Hall in Northumberland. Friday’s final round will be filmed for a two-hour highlights package to be aired on Sky Sports HD on Tuesday, August 26 with repeats the following day.

Spectator entry is free of charge throughout the week and live scoring can be found at www.europrotour.com.