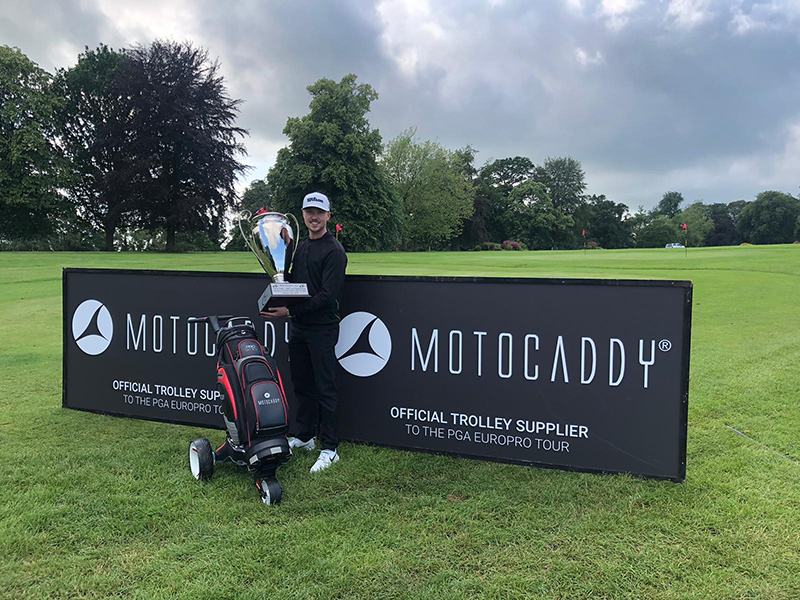 Richard Mansell has won the COBRA PUMA NXT LVL Championship by three shots with a final round 69 at MacDonald Portal Hotel, Golf and Spa.

The Beau Desert golfer started the day one shot behind overnight leader Marco Penge, but he assumed the lead with a birdie at the opening hole as Penge three-putted for bogey.

Mansell only briefly slipped out of top spot on a tense final day with a double-bogey at the par-5 7th, but he reassumed control of the tournament with a spectacular pitch-in for eagle two holes later. He maintained pole position throughout the back nine with birdies at 10, 12 and 17, signing for a closing 69 and an -18 total.

“I did this for my friend Charlie, whose been fighting for his life in hospital,” said an emotional Mansell. “He’s been the 15th club in my bag over the last few weeks. This feels really special.”

A special day indeed for Mansell, who’s previously recorded three runners-up finishes in his season-and-a-half on the PGA EuroPro Tour, but had his parents and friends on hand in Cheshire to witness his first victory.

Will Enefer, a COBRA PUMA NXT LVL academy player, surged through the field with a 67 to claim second place on his own. Jonathan Caldwell (Clandeboye Golf Club) and Nicholas Poppleton (Wath Golf Club) tied for third on -14, while overnight leader Penge (Golf at Goodwood) had to settle for a four-way tie for fifth after a two-over par final round.

Mansell leaps six spots to third in the Race to Desert Springs, and Enefer is up to 10th. Alfie Plant, who finished tied-14th at Portal, held on to top spot in the Order of Merit, and Andrew Wilson, who took the week off in preparation for his Open Championship debut next week, stays second.