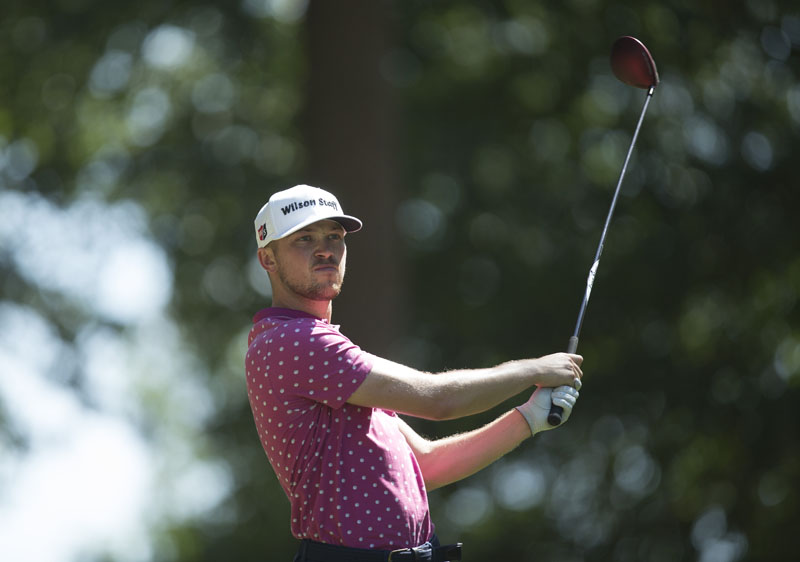 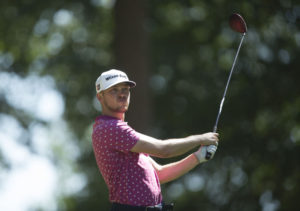 Richard Mansell carded an opening round of 65 (-7) to hold a one-shot lead heading into the second round of the HotelPlanner.com PGA EuroPro Tour’s Nokia Masters at Mannings Heath Golf Club & Wine Estate, Sussex.

Mansell (Beau Desert Golf Club) had a perfect start despite wet and tricky conditions in Sussex, carding consecutive birdies on his opening two holes, as the rookie goes in search of his maiden EuroPro Tour title. A bogey and birdie on hole 6 and 9 completed a solid front nine score of two-under par.

However, the 23-year old’s back nine was a completely different story; back-to-back birdies on the 12thand 13thholes followed by a stellar eagle on the par 4 15thcatapulted the Staffordshire golfer three clear at the time before his sixth and final birdie of the day on 17 left him with a healthy lead early in the day.

Reflecting on his round he said: “I feel like I played really well today, it definitely wasn’t easy out there in those conditions. It has been bone-dry over the last two days and it needed some rain but I didn’t expect to play a full round of golf with my umbrella up and getting soaked through, it definitely made things tough out there.

“All I’ve been thinking about if I’m honest is getting my first win, I’m playing every week to try and better myself and with this being my best opening round of the season I think I’m going to be in a good place tomorrow; I’m looking forward to playing in the dry weather again because it was pretty miserable at times today.

“I can take confidence in my game knowing I can put together a low score like that in those conditions, as it can have a massive impact on your performance. It’s important with only a handful of events left in the season to put some low rounds together, if I keep shooting five and six under par rounds I know I will be up there come the end of the year.

“I’m in a really good place on the golf course and off it at the moment, and I’m loving teeing it up every time I’m out there if I’m honest. I’ve been playing some good golf over the last couple of months, I felt I had one hand on the title at Wychwood and didn’t quite get it done; but I took a lot from that and am learning all the time as it is still my first season as a pro.”

Mansell faces familiar competition in the form of two-time winner Dave Coupland, who sits just a shot back tied for second alongside South Korea’s Matthew Choi after they both carded rounds of 66 (-6).

Race to Desert Springs leader Coupland is looking for back-to-back wins on the tour this season after winning at Foxhills last week, a feat accomplished by Mark Young earlier in the season. A win this week would see the Boston golfer move to within touching distance of the coveted £250,000 four-win bonus on offer, also matching Chris Lloyd’s efforts who notched his third win at the 2017 Nokia Masters at Mannings Heath.

The Nokia Masters resumes tomorrow (Friday, 10thAugust) after which a cut to the leading 50 professionals and ties will be made.