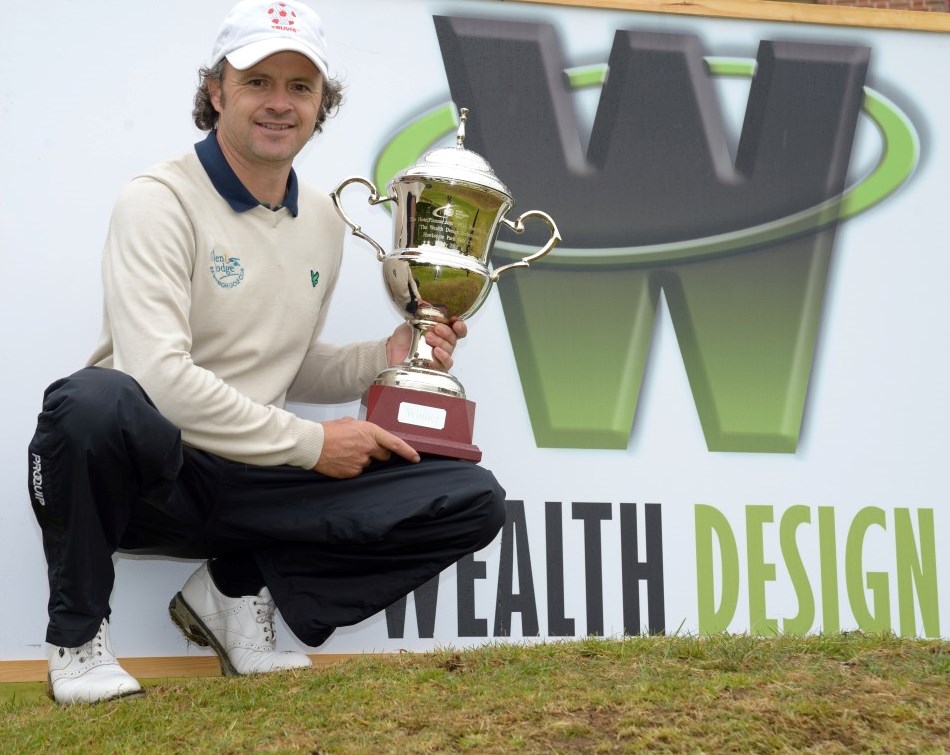 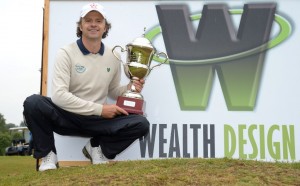 Andrew Marshall won the Wealth Design Invitational with a 54-hole score of 14 under par after an eventful back nine in the HotelPlanner.com PGA EuroPro Tour event at Hawkstone Park Golf Club in Shropshire.

Marshall carded a three-under-par final-round 68. However, he looked to have blown his chance when he made a double bogey at the 12th, having just returned to contention with an eagle at 10 and a birdie at the 11th. However, as other players also blundered he regained his focus to make a run of three consecutive birdies on 14, 15 and 16. By the time he was on 18 he had a two-stroke lead at 14 under, which he maintained with a par at the last.

David Booth (Rotherham Golf Club) finished second on 12 under par after a final-round 67, four under par on the Championship Course, while Paul Howard (Southport and Ainsdale Golf Club) claimed third on -11.

Overnight leader Daniel Gavins (Walton Driving Range) never recovered from a triple bogey at the first and finished five shots back in a tie for fourth on nine under.

Gavins’ early mishap left Darren Wright (Golf at Goodwood) at the top of the leaderboard after he opened with birdies at 1 and 3. Hot on his heels were Marshall and Howard. However, within the space of five minutes the top ten had been turned on its head.

Marshall and Howard both double bogeyed the 12th and on the next hole Wright made triple. Meanwhile Jordan McColl (Kingsbarns Pro Academy) and Booth had both eagled 14, leaving them in a share of the lead on -12 with the tournament now wide open.

However, McColl made a double bogey on 17 and bogey at 18 and also finished tied fourth on nine under and Booth bogeyed the last to finish second despite briefly leading on -13 after a birdie at the 16th.

“I am delighted to win,” said Marshall, who intends to play most of the remaining HotelPlanner.com PGA EuroPro Tour events this season.

“I missed every chance I had on the front nine but had an eagle at the 10th and all of a sudden I had a birdie at 11 and I felt that I was back in it. Then I slipped on my tee shot at 12, it is wet and I ended up in the bunker but no big deal. There was a bit of a lip, I nailed it into the lip and it plugged and all of a sudden I am looking at making six.

“I chopped it out, played a good wedge in and it horseshoed from six feet. It couldn’t have gone worse on that hole.

“I went from king of the hill to that and I found a bunker at the next as well; my head had come off a bit. I knew I had a chance at 14 and made birdie. On the 15th green I looked at the scoreboard and saw that guys hadn’t pulled away so I knew if I made birdie I was back in it. I did, and I had another birdie at the next hole.”

As well as his £10,000 winner’s cheque Marshall takes home a brand new Motocaddy trolley with lithium battery, a Bushnell Tour X range finder, Bolle sunglasses and £500 to spend at HotelPlanner.com.

Highlights of the Wealth Design Invitational will be broadcast on Sky Sports at 8pm on Tuesday, August 4.

The HotelPlanner.com PGA EuroPro Tour will now move to Chart Hills Golf Club in Kent for the PDC Open, which begins on Wednesday, July 29.