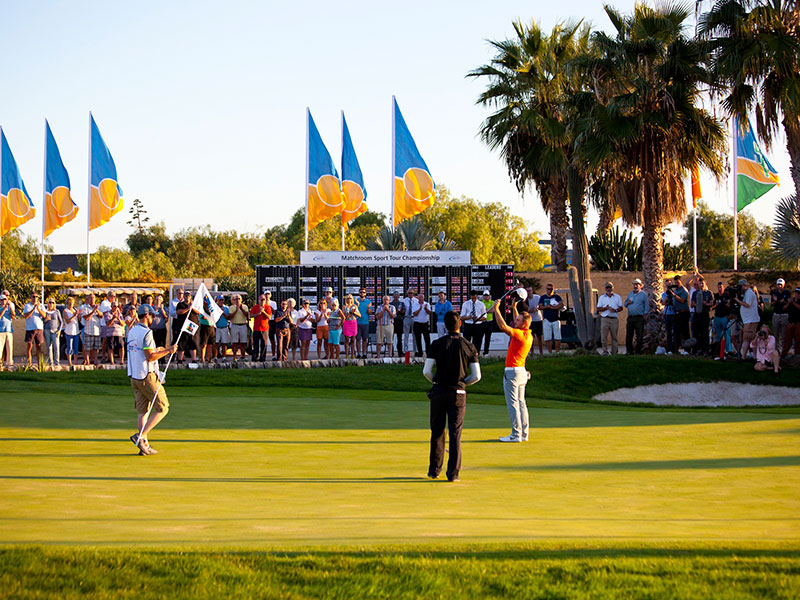 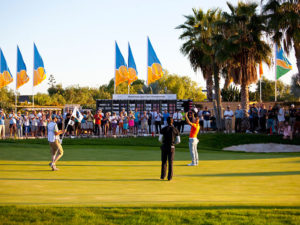 The HotelPlanner.com PGA EuroPro Tour’s Matchroom Sport Tour Championship will carry a £90,000 prize fund with £20,000 going to the winner at Desert Springs Resort.

The increased first prize – double that of a regular-season event – means that any one of the 60 players who have earned the right to play in the Matchroom Sport Tour Championship could climb into the Race To Desert Springs top five with victory in the 54-hole tournament in Spain, which will take place from Wednesday, October 19 – Friday, October 21.

The top five players at the end of the season will earn a category on the 2017 Challenge Tour.
Desert Springs Resort, Europe’s only international award-winning luxury family resort and championship desert golf course in the Almanzora region of Almeria in south-east Spain, played host to the Tour Championship in 2015 and such was the success of the tournament that Europe’s leading development tour will again see out its season on the resort’s Indiana Course.

The course is framed within a panorama of landmark mountain ranges. The contrast between the beautifully prepared and manicured course and the arid yet vividly-coloured desert captures the very essence of the Indiana Course.

The best players on Europe’s leading development tour will be competing to seal their place in the top five on the Race To Desert Springs at the end of the event and earn themselves a Challenge Tour card for 2017.

The Matchroom Sport Tour Championship will be filmed for a two-hour highlights package to air on Sky Sports in the UK in November, and on networks worldwide.

Barry Hearn, chairman of the HotelPlanner.com PGA EuroPro Tour, said: “The Matchroom Sport Tour Championship is the pinnacle of our season and it is only fitting that the prize fund be increased beyond €100,000.

“The goal of all of these fantastic young golfers is to reach the highest level in golf, and the EuroPro Tour has a proven track record in the development of many European golfers. The tour is about finding winners, and a player who is able to prevail in the most pressured tournament of the EuroPro season will no doubt be a player who has what it takes to progress in the game.”