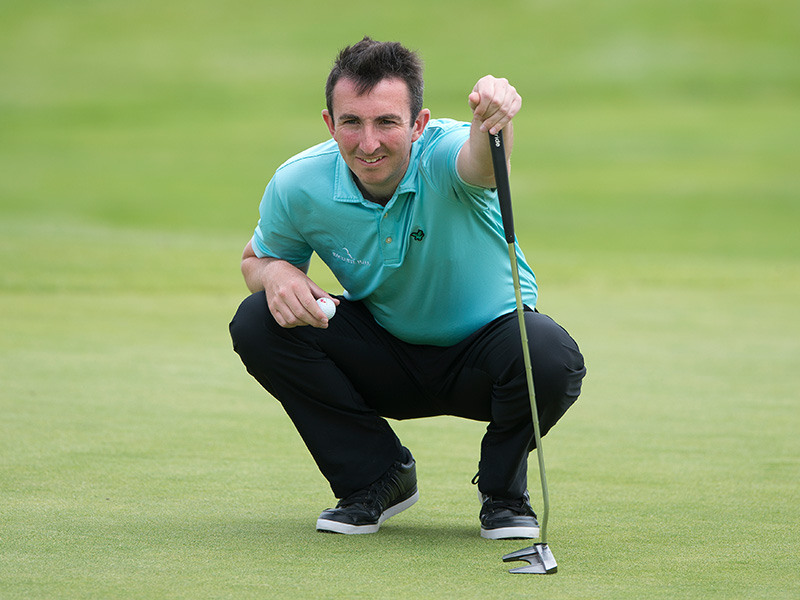 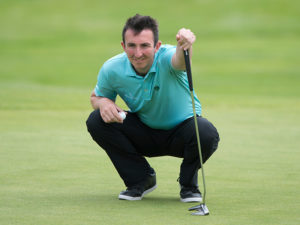 James Maw will take a one-stroke lead into the final round of the Eagle Orchid Scottish Masters at Montrose Golf Links.

The Sheffield golfer had a hole in one at the 3rd in his first round before signing for a five-under-par 66, and backed that up with an unblemished four under second round to lead the field on nine under in the HotelPlanner.com PGA EuroPro Tour event.

Nick Cunningham (Bedford and County Golf Club) is second on eight under after consecutive rounds of 67 while Peter Tarver-Jones (Worthing Golf Club), Max Brackley (Warren Bennett Golf Academy) and Max Penny (Alderly Edge) share third on seven under par with one round to play.

Maw (Rockliffe Hall) was in contention for the title at Cumberwell Park two weeks ago, before a double bogey at the 17th ended his challenge, leaving him two shots short of making the sudden-death play-off.

“I am very pleased with the week so far,” said Maw. “It is nice to be up there twice in three weeks. Obviously I messed up at the end at Cumberwell but I wasn’t looking at leaderboards, I was just getting on with it and then had a bad swing at 17. I have played pretty well since and hopefully I will carry on with that tomorrow.

“I did well here a few years ago. It is a fair course and if you are playing well you can score.

“I have worked pretty hard over the winter and I think I am a better golfer now than I have ever been. Hopefully I can finish off a tournament this year; whether that is tomorrow or not. I believe I can get a win this year.”

Six golfers are three shots back on six under, including Race To Desert Springs Order of Merit leader Greg Payne (Chobham GC / MindSet4Golf), who has twice finished second in the three events he has played so far this year on Europe’s leading development tour.

The Eagle Orchid Scottish Masters concludes with the second round tomorrow, July 7. A cut to the leading 50 players and ties has now been made with all those one under par or better proceeding to play the final round. The tournament carries a £50,000 prize fund with the winner collecting £10,000.

Spectator entry is free throughout the event and live scoring can be found at www.europrotour.com. Highlights from Montrose Golf Links will air on Sky Sports on Tuesday, July 19.