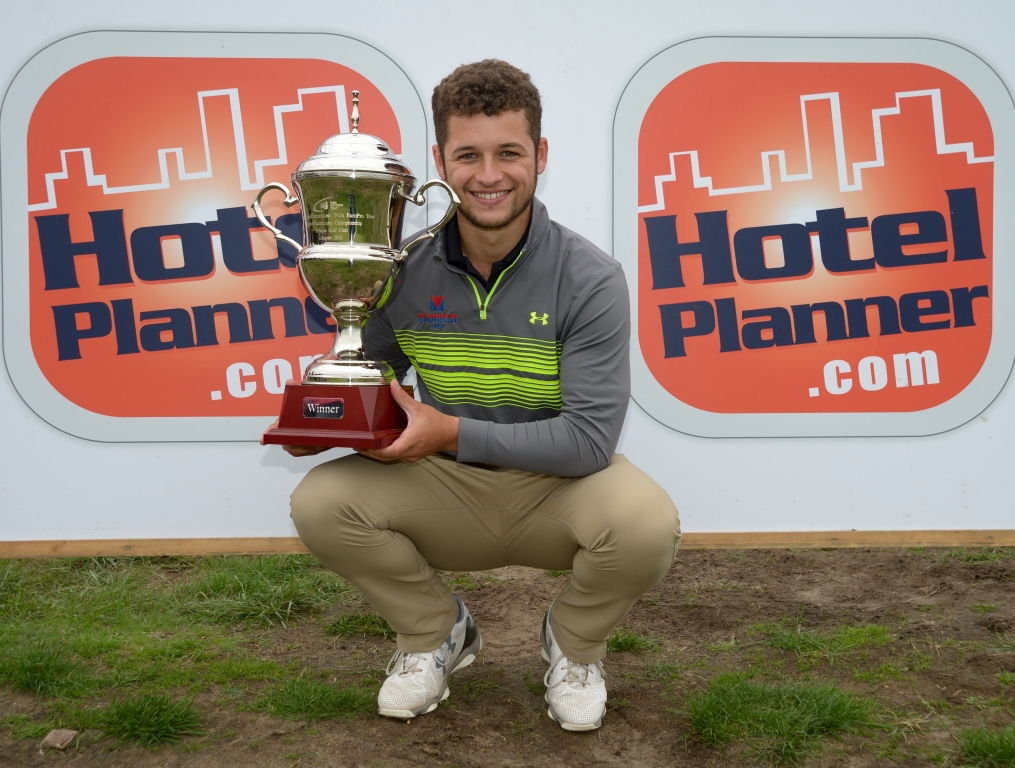 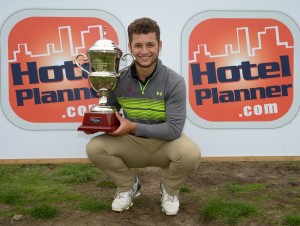 Haydn McCullen claimed his first professional win with victory in a six-hole play-off in the HotelPlanner.com Championship at Prince’s Golf Club in Kent.

That forced a four-way sudden-death play-off on the 9th. Wright made bogey five on the first extra hole while the other three players made par. However, the £3,666.67 he collected for a share of second saw him to rise to the top of the Race To Desert Springs, from which the top five at the end of the season earn Challenge Tour cards for 2016.

It took until the sixth extra hole for the play-off to reach its conclusion. Frazer had been eliminated on the fifth play after a bogey to leave Halley and McCullen in a head-to-head.

Both found the green in regulation on the sixth play-off hole but Halley three-putted, handing victory to McCullen.

“I knew I needed to play well this week because I was only just inside the top 60 for getting into Tour Championship. That’s what I have done; I have only made one bogey all tournament. It is satisfying to know I can do it when I have to.

“The play-off hole is a really tough hole to make birdie on. There isn’t much trouble off the tee so if you can then hit the green it is down to your putting.

“I have a great momentum now to take to Desert Springs. I don’t know the course but I have heard it is very good.

After coming so close to his maiden EuroPro win Halley said: “It is very disappointing to lose on the sixth hole of a play-off. But it does show that I am playing well and it gives me something to build on going into the Tour Championship.”

Frazer commented: “I am disappointed but it has been a good week in all. It is only my second tournament back after being off for a while after appendix surgery and I certainly would have taken second. The other two were hitting the greens and I was having to make up and downs where they weren’t putting themselves under as much pressure as I was.”

Wright said: “I feel unlucky not to have got the win because I felt I was playing well enough, so to then lose in a play-off is disappointing. But I am number one on the rankings now and I know I am taking good form into the Tour Championship and European Tour Qualifying.”

The top 60 on the Race To Desert Springs will now be invited to October’s season-ending Matchroom Sport Tour Championship at Desert Springs Resort in Spain. Kevin Harper sealed 60th place on the rankings by just £44.80 from Kris Gray having finished tied 28th at Prince’s.

Highlights of the HotelPlanner.com Championship will be broadcast on Sky Sports on Tuesday, September 15.