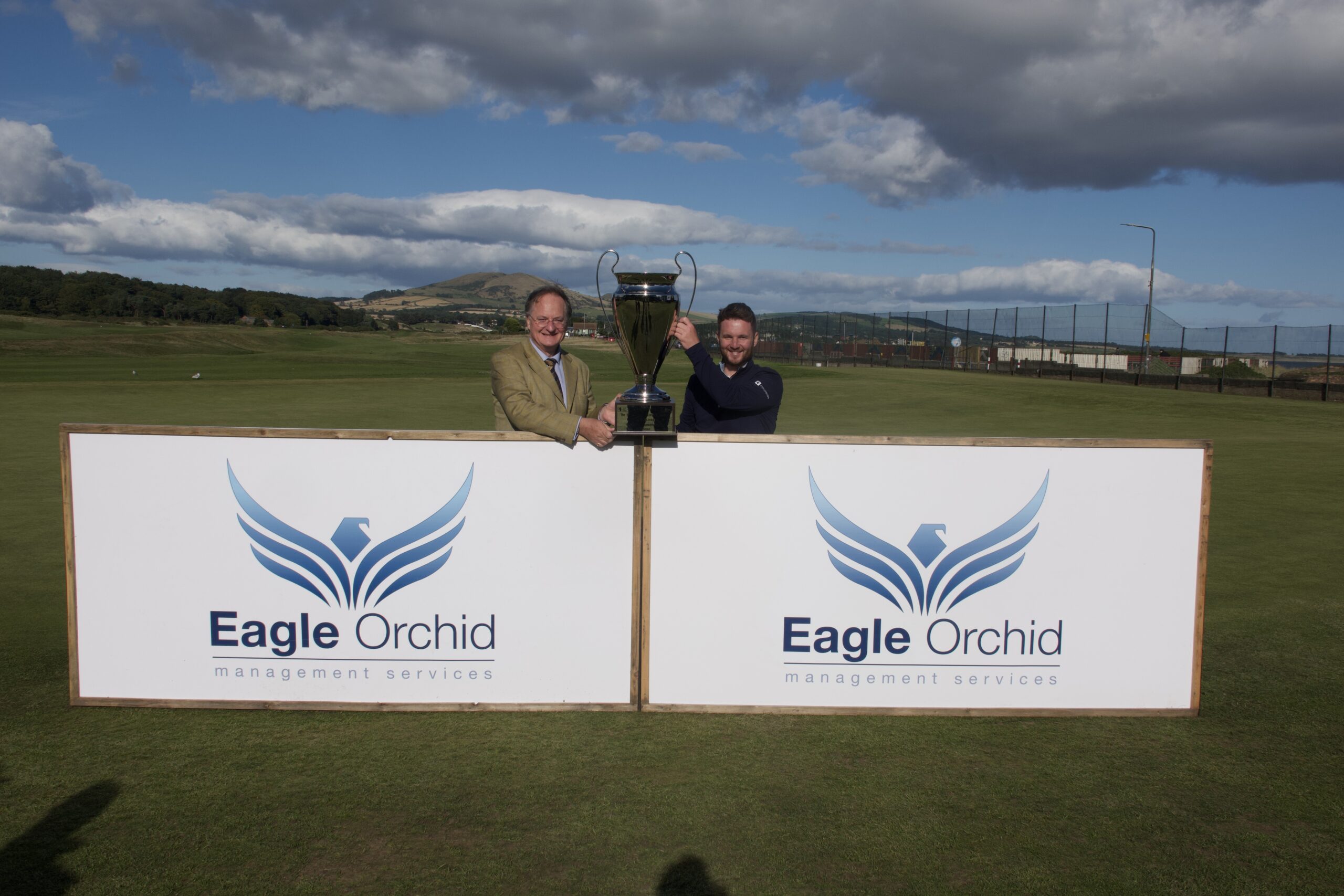 Michael Stewart became a PGA EuroPro Tour champion for the very first time at Leven Links; the Scotsman moves to 3rd in the Order of Merit.

Stewart had been defeated in a playoff – for the second time this season – despite having a glorious opportunity to record his maiden win on the first additional hole.

“When I had the opportunity to win at Spey Valley, my mind went racing and I thought I just needed to get it done,” he revealed.

The feeling of disappointment, equipped with a large slice of devastation, could have influenced one of two directions.

Stewart could have allowed the result to stay with him, slowly festering away before questions of his conviction got the better of him.

Alternatively, he could have used those near misses as inspiration to get over the line and prove to the world – in addition to himself – that Michael Stewart is a name that the entire golfing community should know.

The Scotsman arrived on Wednesday with a point to prove.

Yes, he’s been excellent throughout the campaign – but in the sport of golf, there is an exceptionally fine line between being fantastic and becoming a champion.

Golf is undeniably a lonely sport, but this is especially true when the grasp of victory is so close, yet just out of reach.

“Reflecting upon last week, I understood why I didn’t win – I jumped the gun, and my routine did not stand up under pressure.

“I’ve said it before, but it’s really good to be in the top 5 in the Order of Merit and not have won; I’ve placed second three times – including two playoff losses – and the way Cumberwell went was sore.”

Cumberwell was the fifth event of the season, and it wasn’t the first time that Stewart found himself in contention, although it was his greatest opportunity of victory at the time.

He blitzed his way down the stretch before he found trouble during the final four holes, bogeying two – which enabled Ryan Brooks to snatch victory through playoff glory.

That result was simply another lesson that golf enjoys handing out so frequently and harshly too. Nevertheless, there was no downbeat behaviour from Stewart, he simply arrived at the next tournament knowing that if he kept knocking on the door, it would simply break sooner or later.

The Scotsman would finish within the top 10 on six occasions before his victory at Leven Links, which isn’t a course he is too familiar with.

Despite living within two hours of the location, last year’s EuroPro event was his first experience of this historical layout.

The beauty about this ancient golf club is that the wind dictates its difficulty, which is common throughout an array of links courses.

For the first two rounds, the breeze was gentle, generating fantastic scoring opportunities that Stewart certainly took advantage of.

The final day, however, was a completely different challenge; with wind gusting throughout the course, judgement played a fundamentally important role.

“I caught myself getting a little bit ratty with hitting good shots and then the wind dying,” a relieved Stewart confessed.

“The wind direction was very tricky; it shouldn’t change, but it does around here due to the angles and the trees.

“A couple of times, I got the wind wrong – and I didn’t feel like I was hitting bad shots at all.”

A good golfer understands that it’s not necessarily the hero shots that win you tournaments, but the reaction from underwhelming efforts.

For Stewart, his reaction to dropped shots is what ultimately won him his maiden EuroPro Tour title.

In total, two bogeys creeped their way onto his card, with the 2nd and 11th holes particularly cruel to the champion.

However, an immediate response with a birdie on 3 settled the nerves, whilst he parred the remaining holes following his blemish on the back nine.

“Today was one of those days where rather going back to the field, I shot one-under and they had to come and get me – I was pleased with how I handled it today.”

After finally getting over the line – which was long, long, long overdue – Stewart was quick to admit that those niggling doubts did creep into his thoughts.

“There’s an element of: ‘will this happen?’ Of course, I want to make it happen, but you need to stay in the moment and not force anything.”

When quizzed if this was the biggest win of his career, he was quick to admit that was the case – which is why he’s so excited about the future.

“I think so, at least in my professional career. I’ve won on here, the Tartan Tour, a small event in Egypt and I have just been told that I’ve now sealed my Challenge Tour card.

“That’s huge and to be able to play the final two events with your card wrapped up is a really cool feeling.”

Considering he is now sitting on £33,491.91 for the season, it’s safe to say that Stewart will be playing on the Challenge Tour next year – an expectation of the absolute minimum, too.

What you may not know is that the Scotsman prevailed from First Stage Q-School for the DP World Tour, co-winning the event that saw a chunk of EuroPro players compete.

He has now progressed to Stage Two and is a matter of rounds away from potentially playing for a DP World Tour card. “I can go to Stage Two knowing all I can do is improve my category on the Challenge Tour or even get onto the main tour.

“I won’t be going in thinking it’s last chance saloon; it’s another opportunity to improve my status and category.

“If you play well for two weeks and get through that, and play well during the final stage, all of a sudden you are talking about a DP World Tour card – I’m excited and I think I can relax a little.”

Stewart’s victory is of monumental importance, as it effectively ties up the third of five Challenge Tour cards on offer.

Due to Dermot McElroy’s solo runner-up finish, the Northern Irishman has earned £34,316.67 for the season and has also confirmed his spot on next season’s Challenge Tour.

We’d like to congratulate the pair on joining James Allan, who sealed up his card a significant amount of time ago.

After 12 gruelling events, Michael Stewart can call himself a PGA EuroPro Tour champion for the very first time – and it couldn’t have happened to anyone more deserving!