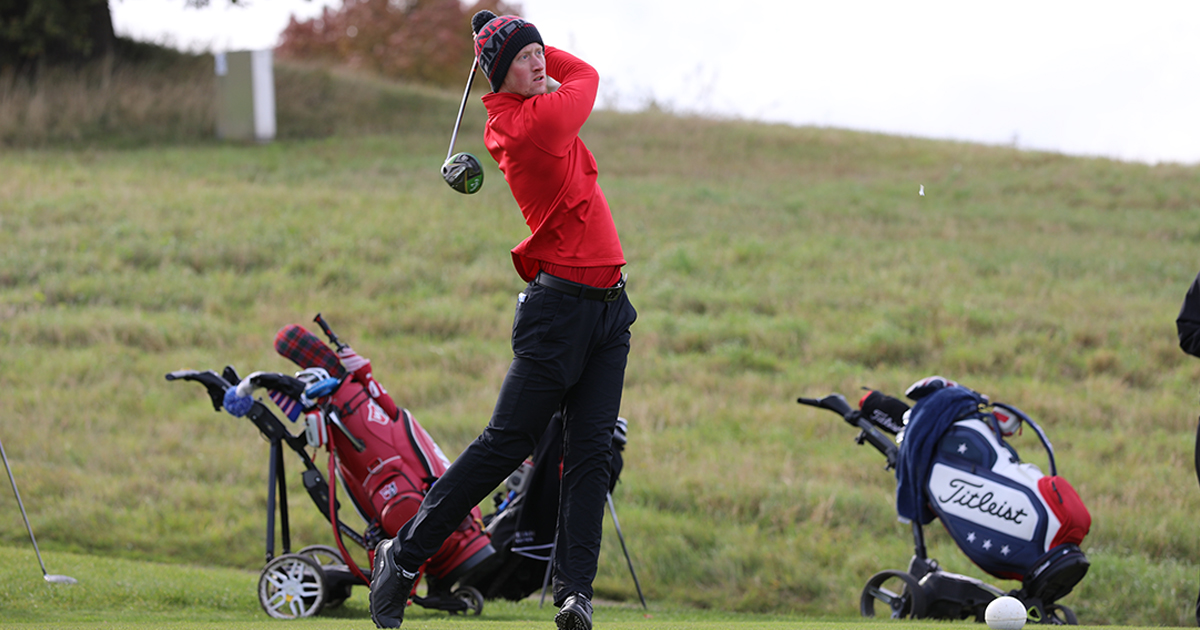 Greg Dalziel of Airdrie Golf Club posted a round of 64 (-8) to hold a two-shot lead going into the second day of The Jessie May World Snooker Golf Championship at Donnington Grove.

Dalziel only got in the tournament through the Tour’s first-ever Monday Qualifier earlier this week and he certainly made the most of it on an opening round where he went out in 32 and in by 32 for a bogey-free day that sees him hold the advantage over Chris Lloyd (Hanbury Manor), James Allan (Chelmsford Golf Club) and Ben Ferguson (The Vines).

It was Lloyd who set the early pace on a course that has traditionally scored hard, going out in the second group of the day of the tenth tee. The three-time EuroPro winner will be looking to steal a march going into the second day and will be disappointed to not be even closer to the lead after suffering one blemish on the card.

Ferguson will be looking to push on this season after coming up just short at European Tour Q School in 2019 and made a positive start to the season last week at Harleyford with a top 25 finish. He also started out on the tenth and made the most of it with four birdies on his front nine*

Conditions overall seemed to favour some of the early starters but James Allan (Chelmsford Golf Club) bucked that trend of sitting with Ferguson and Lloyd at six under. Allan posted the best front nine of the day going out in 31 for five under eventually in the clubhouse at 66.

Thomas Curtis (Pannal Golf Club) and Thomas Plumb (Trinifold Sports) will both be looking to pounce on the second day currently tied fifth with days of 67 (-5) with both players struggling on 17 which proved to literally be a bogey hole for many including this pair.

Last week’s winner Gian-Marco Petrozzi can count himself unfortunate not to be better placed after the first round, he posted a 70 (-2) but it could’ve been less if it wasn’t for two bogies and a double on the card.

A whole host of players find themselves four shots off the lead going into the second day with Conor O’Neil (Pollok / Mearns Castle), Billy McKenzie (Rowlands Castle Golf Club), Cameron Phillips (Hindhead Golf Club), and Sam Crowther all in a position they will be happy with after one round.

Tomorrow brings the second round of action from The Jessie May World Snooker Golf Championship at Donnington Grove where the cut currently sits at level par but with less wind and more humidity around the course, plenty of prying eyes will be keeping a close eye on that.

Highlights will be aired on Sky Sports from Tuesday 22, June at 6pm, with regular showings over the following days. The full listings can be found here.