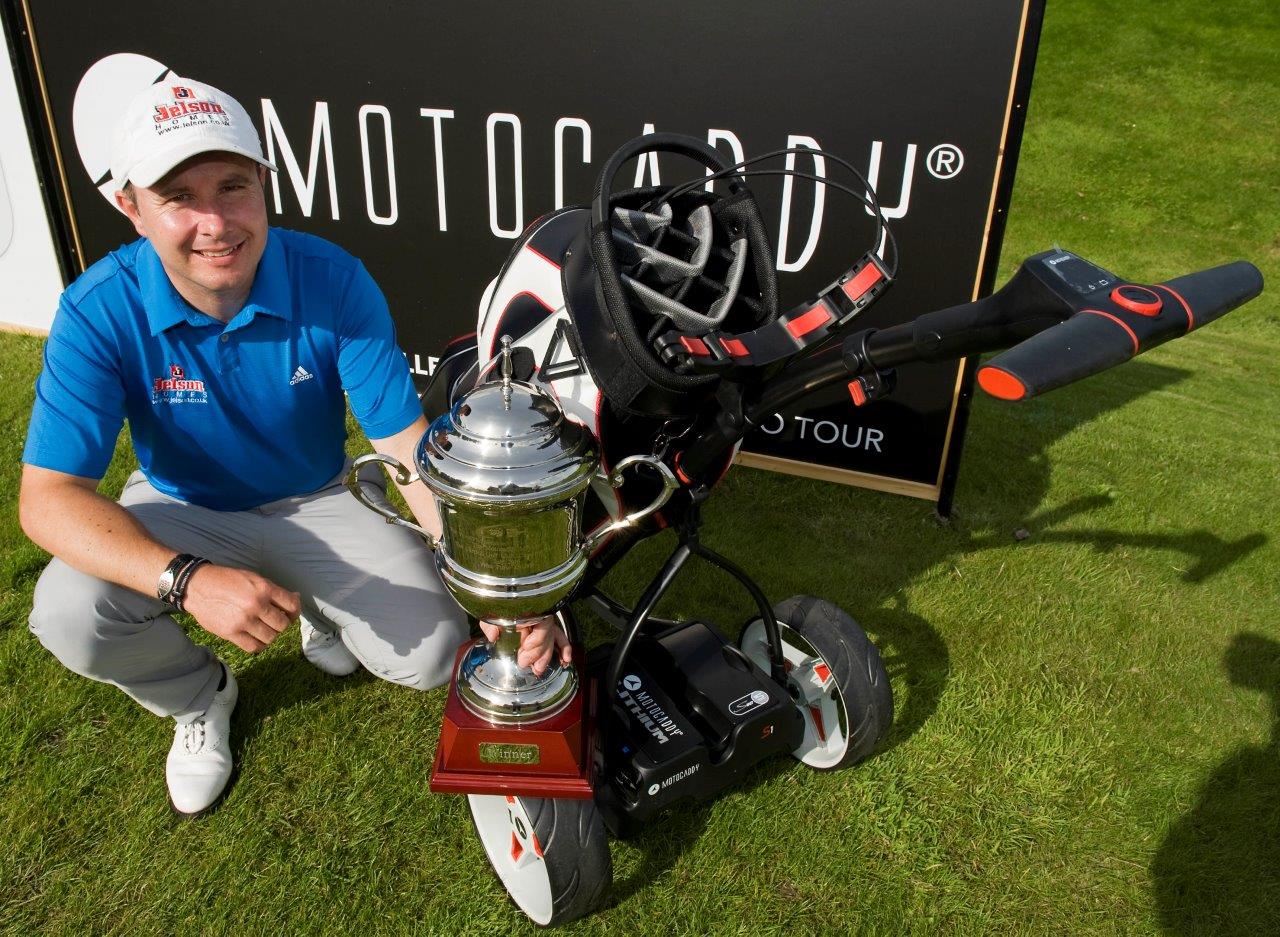 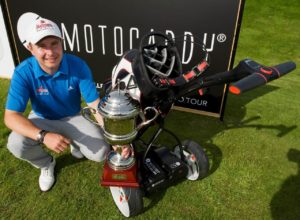 Motocaddy, the UK’s top-selling trolley brand, has given players on the PGA EuroPro Tour an extra incentive ahead of its title sponsored ‘Motocaddy Masters,’ event in August by offering a brand new S5 CONNECT electric trolley as a special winning prize.

Announced as the ‘Official Electric Trolley’ of the Tour for the twelfth consecutive season, Motocaddy will host the headline event at Wychwood Park near Crewe from 9th-11th August as part of a 15-event season, concluding with the Tour Championship at the Amendoeira Golf Resort in October.

Europe’s third-tier Tour has increased its total prize money this season to £1.2million, with the top five golfers on the Order of Merit awarded a 2018 Challenge Tour card. In addition, a bonus of £250,000 is on offer to any player who wins four tournaments on the 2017 schedule.

“The Tour is getting bigger and bigger every year and with the increased prize pot available this season, we wanted to do something extra special for our own Tournament,” said Motocaddy Marketing Manager Oliver Churcher.

“Being the world’s first ever ‘Smart Cart,’ the S5 CONNECT is something the players will not have used before. It’s our most technologically advanced model that can sync to a free GPS app via Bluetooth™, allowing the trolley’s digital display to provide distance data and notification alerts direct from their smartphone,” he added.

Matthew Cort, winner of last season’s ‘Motocaddy Masters’ say’s the prize incentive will really spur players on. “Winning the event last year was really special as I know Motocaddy has been long term supporters of the Tour for over a decade.

“Using a Motocaddy trolley really does make a difference especially when we’re playing demanding Championship courses. The added features on the S5 CONNECT will make players want to win it even more and the event at Wychwood Park will be extra special,” he added.

As well as its GPS and mobile alert capabilities, the S5 CONNECT includes the modern look and features found on the latest Motocaddy S-Series models – including a soft-touch ergonomic handle; streamlined battery tray to accommodate the full range of Lithium batteries; the exclusive super-fast QUIKFOLD mechanism; low-profile, quick release wheels; Adjustable Distance Control (up to 50 yards) and compatibility with the brand’s popula EASILOCK™ bag-to-trolley connection system.

“I can’t thank Motocaddy enough for their continued support of the Tour over the years,” said Barry Hearn, Chairman of Matchroom Sport and the PGA EuroPro Tour.

“This season is set-up to be the biggest yet with extra prize money and prizes like the S5 CONNECT providing players with a taste of what they’re all working towards, a place on the European Tour,” he added.

Motocaddy will continue to provide support at every other Tour event by offering a S3 PRO electric trolley as a prize to the winner. Each event will feature in a two-hour highlights package on Sky Sports and be broadcast on several other networks around the world.