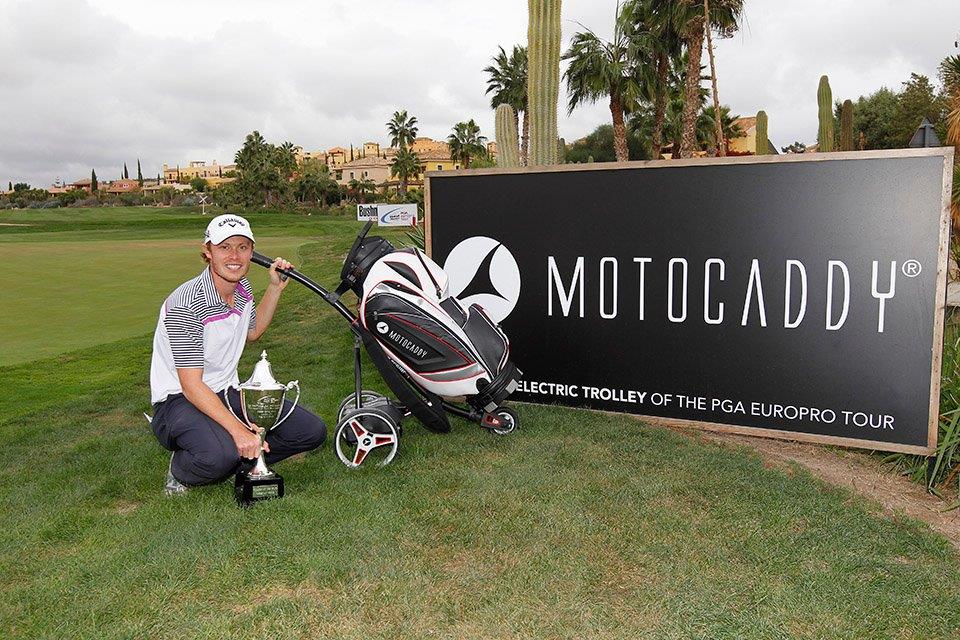 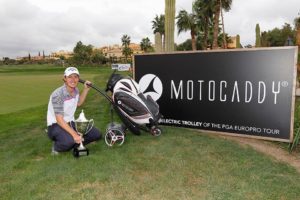 Motocaddy, the UK’s top-selling trolley brand, has been announced as the ‘Official Electric Trolley’ of the PGA EuroPro Tour for the twelfth consecutive season.

The announcement came ahead of the opening event of the 2017 season to be held at the venue of this year’s British Masters on the European Tour, Close House in Newcastle-Upon-Tyne next week (26-28 Apr).

The renewed partnership will see Motocaddy upgrade the prize presented to the winner of all 16 events this season to its featured-packed S3 PRO electric trolley (worth £499.99). Motocaddy will continue to provide support at every Tour event, which will feature in a two-hour highlights package on Sky Sports and be broadcast on several other networks around the world

“Motocaddy has been a great supporter of the Tour during its growth over the last 12 years,” said EuroPro Tour Managing Director Eddie Hearn. “Having the UK’s leading trolley brand as a sponsor for so long say’s a lot about our partnership and upgrading the winner’s prize is a great incentive for the players,” he added.

The top five golfers on the EuroPro Tour’s Order of Merit will be awarded a 2018 Challenge Tour card. Established venues such as Mannings Heath, East Sussex National and Moor Allerton will play host to tournaments over a six-month period with the Tour Championship being held in October.

“We’re delighted to continue such a long-running association with the leading development Tour in Europe,” said Motocaddy Marketing Manager Oliver Churcher. “We wanted to really reward the players for their winning performances this season and the S3 PRO is the perfect prize with so many stand-out features available,” he added.

The latest S3 PRO includes a soft-touch ergonomic handle, streamlined battery tray and hi-resolution colour screen; making it easy for golfers to take advantage of the wide-range of functions on offer. Other stand-out features include three distance measurements; Motocaddy’s exclusive QUIKFOLD assembly mechanism; Adjustable Distance Control (up to 60 yards) and a patented USB charging port. The winning prize will be accompanied by a long-lastin Motocaddy Lithium battery that now includes a full 5-year warranty.