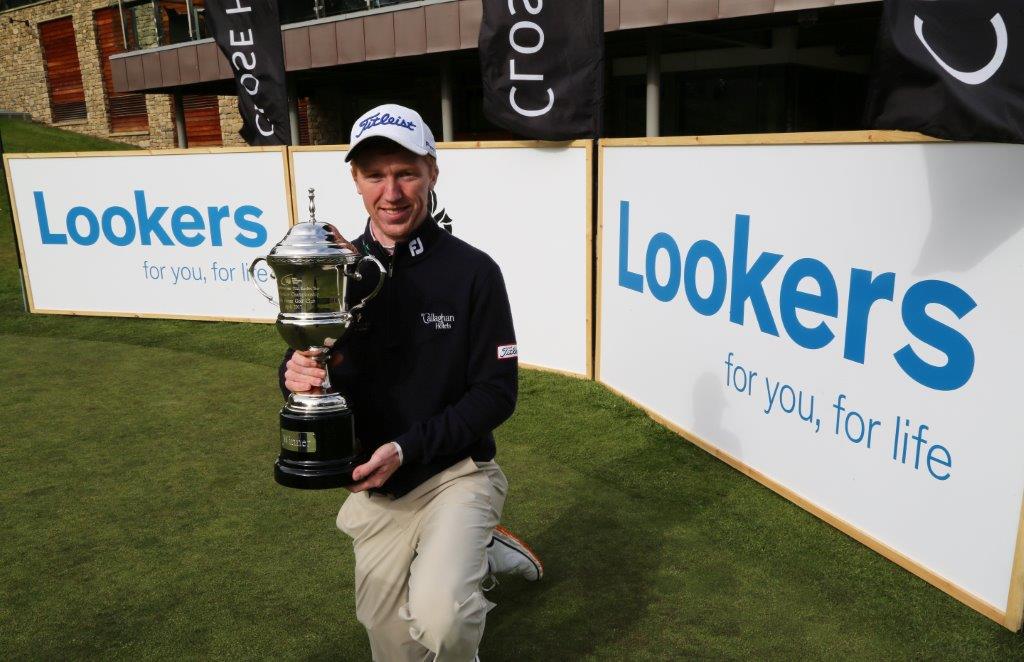 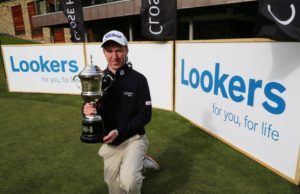 Gavin Moynihan carded a final-round 68 to finish nine under par and win the Lookers Championship at Close House by one shot to Dermot McElroy.

The closing stages of HotelPlanner.com PGA EuroPro Tour season opener effectively turned into matchplay between the two friends who have known each other for much of their careers in both the amateur and now professional ranks. 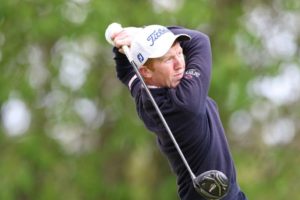 “It was a good battle there with myself and Dermot. I had a great start to be three under after eight. Then I had bogey at 11 and Dermot had gone birdie, birdie so suddenly from one ahead I was two behind and a little bit shell shocked. But I knew I was playing well and the last six holes I played really well – the approach into 18 was probably my best shot of the day.

“Myself and Dermot played GB&I boys teams together and were foursomes partners. We have known each other since we were 14, we are best friends. It made it easier for me because I like to have a chat through the round, so it was probably to both of our advantages.

“My game has been there for a long time but I haven’t really got much out of it but hopefully this is the start of a good year for me.”

McElroy (Ballymena Golf Club) concluded the tournament on eight under after rounds of 67, 68 and 70 on the par-71 Colt Course at Close House.

Nick McCarthy (Moortown Golf Club; 69, 69, 68) provided the closest competition to the top two but his three-under 68 for a seven under tournament score wasn’t quite enough. Six golfers shared fourth place on five under.

Highlights of the Lookers Championship will air on Sky Sports on Tuesday, May 9.