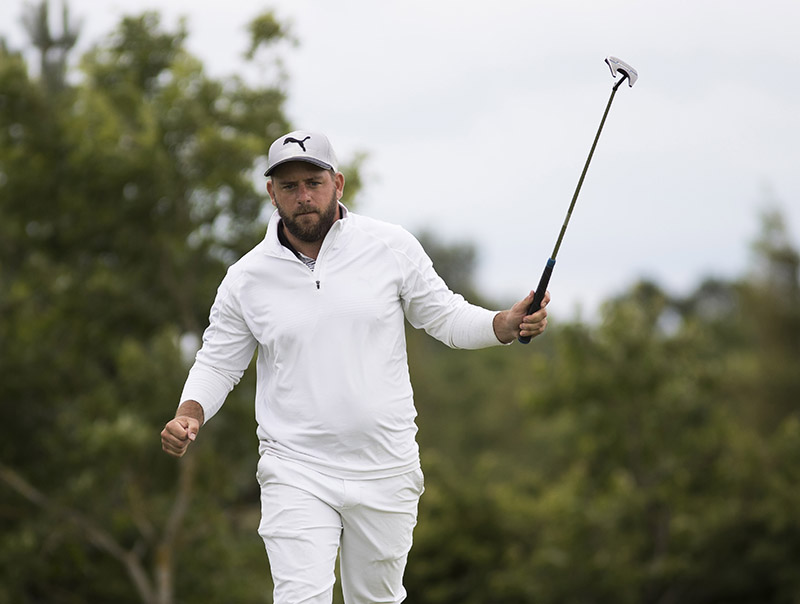 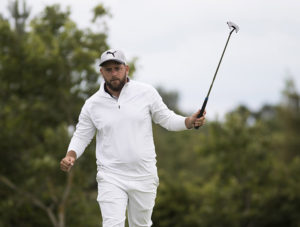 Liam Murray carded a blemish free opening round of 65 (-7) to lead by one heading into the second round of the HotelPlanner.com PGA EuroPro Tour’s PREM Group Irish Masters at Tulfarris Hotel and Golf Resort, Wicklow.

Murray (GNK Golf & The LM Club) went out in 33 (-3) collecting an eagle and one birdie along the way, but really ramped up the scoring with a superb run of four consecutive birdies on his back nine.

The course record had already been set earlier in the day when in-form rookie Richard Mansell (Beau Desert Golf Club) shot an excellent 66 (-6) round, stringing five consecutive birdies together on the back nine to assume control early in the day.

However, Murray had other plans, and almost took a two-shot lead into the second round had his 12-foot birdie putt not lipped out on the 9th, what was his final hole of the day.

Reflecting on his round he said: “It’s been a long time coming, but I it’s great to have played as well as I did today. My driving was great today, I only missed one fairway with driver which is key round a course like this if you want to have plenty of birdie opportunities.

“Making four birdies in a row is always nice, especially on the back nine. It was slightly annoying to lip out for birdie on the 9th(last hole) but I can’t complain with that score.”

It’s the lowest round of Murray’s season on the EuroPro Tour, one that couldn’t have come at a better time with him sitting 77thin the Race To Desert Springs and just two events left in the season.

“I’m aware of where I am in the standings, and I spoke to my coach yesterday who said I really need to step it up, this is a great start in that direction but there is still a lot of golf left to play this week. I’m glad to be playing on such a good course, I heard a lot of good things from the Irish guys on tour; it’s up there with the best we’ve played on all season.”

The second round of the PREM Group Irish Masters continues tomorrow (Thursday, 30thAugust), after which a cut to the leading 50 professionals and ties will be made.

Highlights of will air on Sky Sports Golf on Tuesday, 11thSeptember. Spectator entry is free throughout the week and live scoring can be found at europrotour.com.