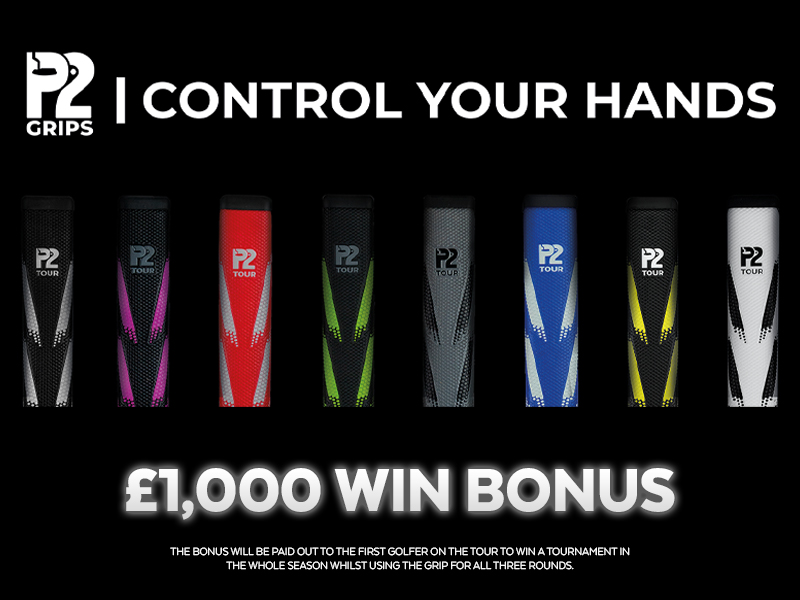 P2 Grips to give 2021 winners Grips and Trident Align

Official Grip of the PGA EuroPro Tour, P2 Grips will provide tournament winners with a choice of P2 Grips for their putter and a Trident Align Full Metal ball marker, the world’s first adjustable ball marker. P2 Grips have been a long-term supporter of the Tour and recently announced a £1,000 win bonus to the first golfer on the Tour to win a tournament in the whole season whilst using the grip for all three rounds.

The PGA EuroPro Tour’s 2021 season will get underway this Wednesday (May, 26) with The IFX Payments Championship at Harleyford Golf Club with the tournament winner receiving the putter grip from P2 and Trident Align.  This year P2 has added the new Touch Tour pistol profile grip which may be of particular interest to the PGA EuroPro Tour players. The firm and tacky texture is designed to improve the efficiency of the hand and wrist positions throughout the stroke whilst giving the ultimate in putter face control.

P2 Grips are well-known on the Tour already and many players have already opted to go with the Irish-based brand.

Tour CEO Daniel Godding is delighted with the further incentives from P2 Grips: “P2 Grips are breaking the mould in the world of grips and doing a fantastic job of doing that. The opportunity for players to further enhance their game through P2 is a valuable partnership to us. I love the Trident Align, it’s a real asset to anyone’s game and I’m so pleased we can give our top 3 the product at each tournament.”

Turner sets early pace with season opening round of 63