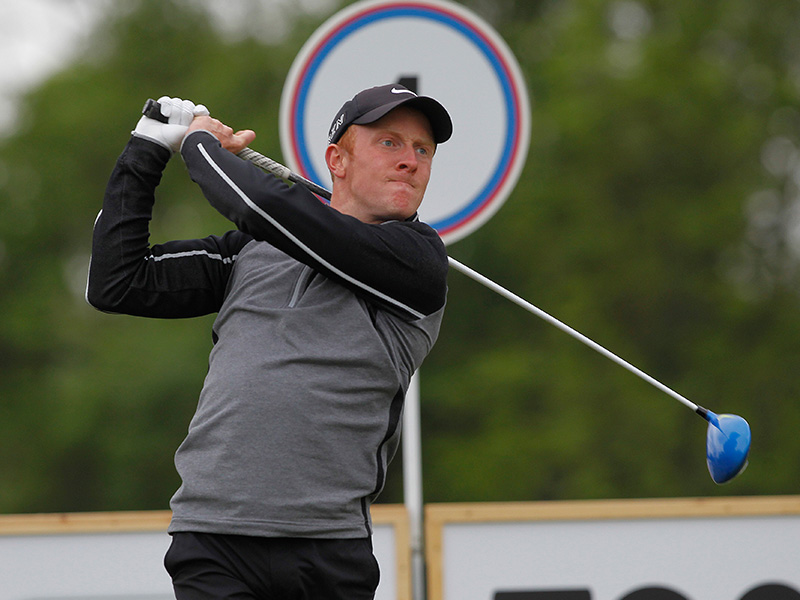 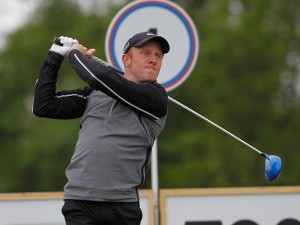 Greg Payne shot an opening-round 64 on the New Course at Burhill Golf Club to lead the IFX International Championship by one shot.

The Chobham Golf Club player is eight under par, one ahead of Chris Lloyd. Michael Stewart and Richard Edginton (Royal Wimbledon Golf Club) are two back on six under par after the first 18 holes of the HotelPlanner.com PGA EuroPro Tour event.

Payne is into his fourth year on the EuroPro Tour and having finished 19th and 27th on the Order of Merit in 2013 and 2014 respectively, stalled last season and missed out on the top 60 by two places. However, he says he has felt rejuvenated this year.

“I played really well today, there was no secret,” said Payne. “There was no wind and the greens were soft. I didn’t hole many putts from distance, I just hit it close.

Played nicely today, just couldn’t get anything going on the greens. Will have the best of it tomorrow to turn it around. +1

“Last year was a bit of a blip but I have learnt so much from it and I have brought that into this year. I am reaching a whole new level of my game, which I am excited about. I got a glimpse of that today and just want to keep that rolling now.”

Payne carded nine birdies for his eight under. He opened with four consecutive birdies from the 10th and made the turn at four under before breaking par at the 1st, a run of three more birdies from the 3rd, and a final birdie at 9 to make up for the only blemish of his round, a bogey at the 7th.

Lloyd, a regular on the European Tour in recent years, is just one behind having signed for a seven-under-par 65. He also started at the 10th and made four birdies on his front nine. He dropped two shots in as many holes at the 18th and 1st, but an eagle at the 2nd soon saw him back to four under. From there he quickly climbed the leaderboard with birdies at the 3rd, 5th and 6th for seven under.

The IFX International Championship is being played over Burhill’s New Course with the winning golfer taking home £10,000 from a total prize fund of £50,000. Any earnings will make a valuable contribution to the Race To Desert Springs Order of Merit, from which the top five at the end of the season earn a Challenge Tour card for 2017.

71 (-1) first round @PGAEuroProTour @BurhillGolfClub this morning. Disappointed having been -4 thru 5 but happy to get in under par.

The IFX International Championship is a 54-hole tournament which began on Wednesday, May 25 and concludes on Friday, May 27. A cut to the leading 50 players and ties will be made after 36 holes. Spectator entry is free throughout the event and highlights will be broadcast on Sky Sports on Tuesday, June 7.