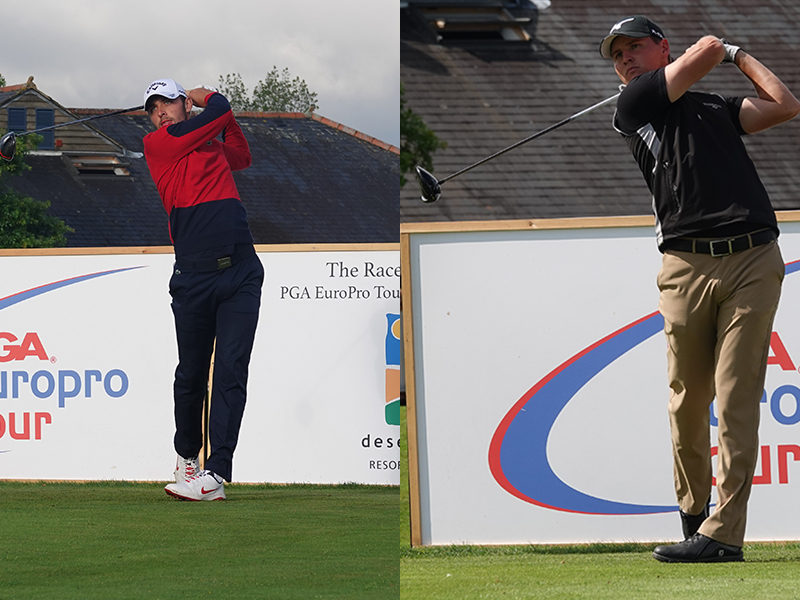 Marco Penge and Nick Marsh hold a one-shot lead going into the final round of The PDC Championship at Studley Wood Golf Club in Oxfordshire after a storming second day.

Penge (Golf at Goodwood) posted a second round of 68 (-5) to move into contention and clubhouse leader going into the final day with Nick Marsh (Huddersfield Golf Club) who went around in 70 (-3) to be on seven under heading into the last day.

Sitting behind Penge and Marsh is Neil Fenwick (Dunbar Golf Club), Niall Kearney (Royal Dublin Golf Club), John Parry (Harrogate Golf Club) and Billy Hemstock (Roehampton Club) who are all on six-under after two days with starting the front nine in blistering pace going four under. Kearney put together an eagle and a birdie to recover from an early bogey. Hemstock was bogey-free and found four birdies on the bounce on his front nine* for the round of the day.

Max Penney (Alderley Edge Golf Club) had one of the best cards of the day going round in 67 (-6) to pull himself back from two over on the opening round to four under.

Fifty players plus ties made the cut which remained at level par with the afternoon players having the better of the conditions. Entry is free to watch at Studley Wood Golf Club with ample parking available.

Highlights of The PDC Championship will be shown on Sky Sports Golf, 17 September at 20:00.