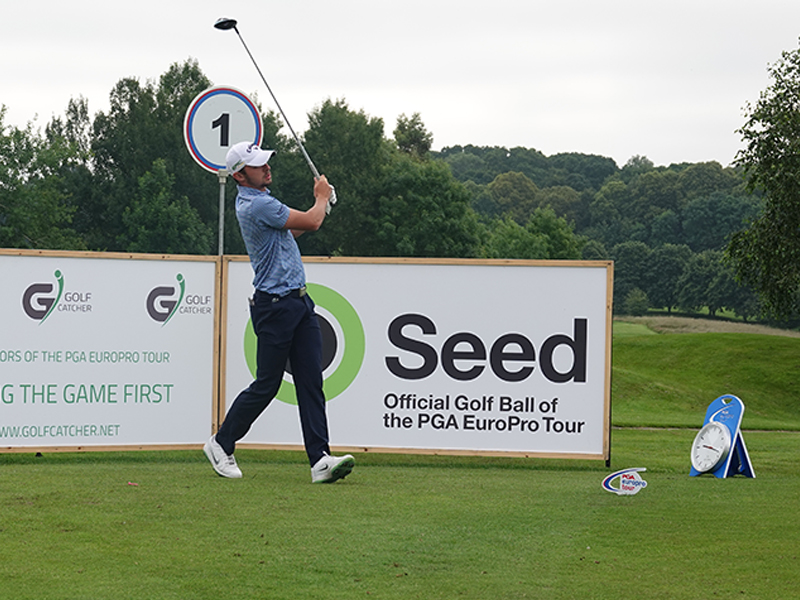 The Golf at Goodwood man went out in six under to match up with his round of 64 from yesterday to lead going into the final day by one shot over Richard Mansell (Beau Desert Golf Club). Penge found himself with eight birdies for the day before going off to do some falconry.

Mansell also carded a second round of 67 to put himself in contention with five birdies on the front nine and an eagle on ten for good measure as he goes in search of his maiden PGA EuroPro Tour title.

Gaunt and Frazer were both bogey-free whilst South went seven deep for the best round of the day alongside Paul McKechnie (Braid Hills Golf Centre) who pulled himself back from three over to four under.

Despite McKechnie’s efforts, the cut was made at five under with a high standard of golf being shown in Tarporley.

Behind Gaunt, Frazer and South is Todd Clements of Brocket Hall Golf Club on ten under after back to back rounds of 68.

Steve Robins (Hull Golf Club) is amongst a contingent of players tied for seventh 0n nine under after going six under for his second round. Robins was also bogey-free like Will Enefer (Retail Furniture Ltd) and John Parry (Harrogate Golf Club) who are also in the mix on nine under.

Highlights of The COBRA PUMA NXT LVL Championship will air on Sky Sports Golf 24, July 2019 at 20:00. Marco Penge was filmed at Chester Cathedral Falconry as part of the coverage for context.