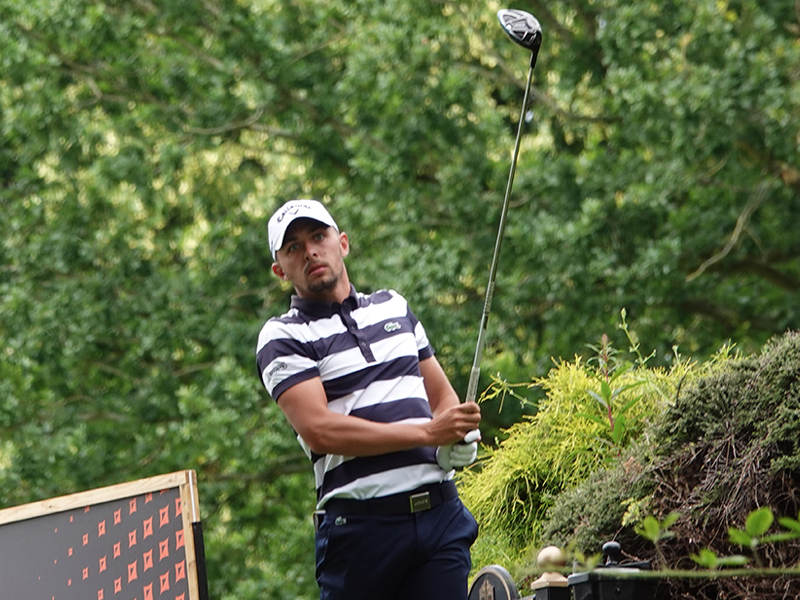 Penge posted an opening round of 64 for nine under including eight birdies and an eagle to give himself a cushion ahead of the second round tomorrow.

There are four players tied for second with John-Ross Galbraith (Whitehead Golf Club), Jonathan Caldwell (Clandeyboye Golf Club), Josh Hilleard (Farrington Park/G4L) and Richard Mansell (Beau Desert Golf Club) all going eight under for opening rounds of 65 to be one shot behind Penge.

Galbraith, Caldwell, and Mansell all went bogey-free on their first eighteen of the week with all aforementioned picking up an eagle and six birdies. Hilleard meanwhile also had an eagle to his name off the par 4-second hole and could’ve been leading if it wasn’t for a bogey on seventeen.

It was a strong day of scoring with inviting conditions in Tarporley with Daniel Gaunt (Burhill Golf Club) ending up on seven under with eight birdies to put in a good showing.

James Frazer (Machynys Peninsula) set out from the traps in some style going seven deep through his first six including a hole in one on the 14th before finishing day one on six under.

The second round of  The COBRA PUMA NXT LVL Championship continues tomorrow at Macdonald Portal Hotel, Golf, and Spa (Thursday,11, July). It looks like it’ll be one of the cuts of the season so far at the end of play tomorrow going on the standard of play today.