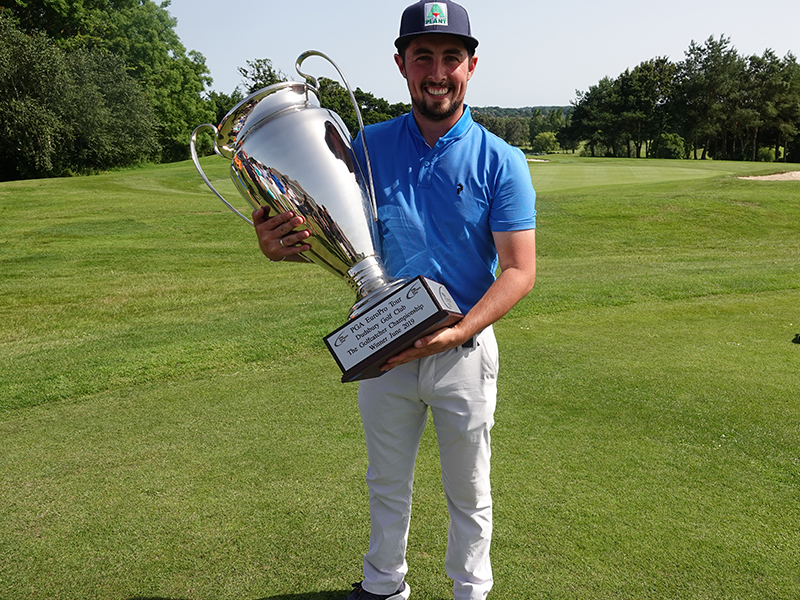 Alfie Plant pulled off an extraordinary back nine to win The GolfCatcher Championship at Dudsbury Golf Club in scorching conditions.

Going into his final round, Plant (Sundridge Park Golf Club) was five shots behind Marco Penge of Golf at Goodwood but recovered going six under in his final round to win by one stroke after Penge went level par.

Plant’s back nine included five birdies. He said: “It feels great. There was a lot to ask today and I needed everything to go for me, it did. Ecstatic. I only kind of got wind on the 12th tee that he (Marco Penge) was 12 or 13 so I just went birdie, birdie and keep my foot on the gas.” 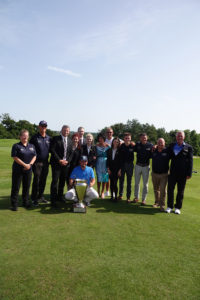 “I’d love to know what was different. All of us guys work really hard. Sometimes you don’t know what you’re doing any different to previously. Sometimes it just clicks.”

Overnight leader, Marco Penge lost his lead on fifteen with a double bogey after going around the front nine three under par. A birdie on seventeen meant he had to birdie the last to level.

Elsewhere, there was a strong finish for Jamie Dick (Forest Hills Golf Club) with his highest finish of the season coming third with rounds of 70, 67 and 69.

Whilst Josh Hilleard (Farrington Park/G4L) posted a final round of five under to tie for fourth with Jonathan Caldwell (Clandeyboye Golf Club), Will Whiteoak (Shipley Golf Club) and Daniel Brennan (Shannon Golf Club)

Many players will be at The Open regional final qualifying on Tuesday including Alfie Plant and the PGA EuroPro Tour’s own John E. Morgan.