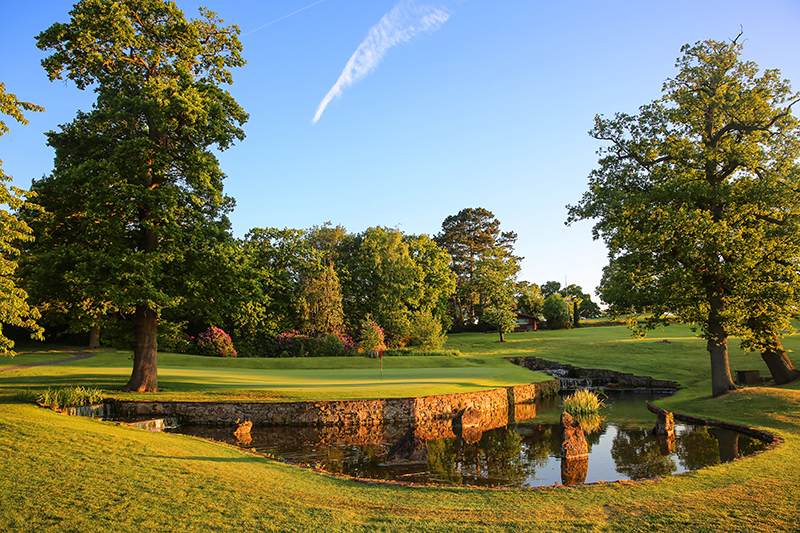 The PGA EuroPro Tour is well into the new season with a trip to Macdonald Portal Hotel, Golf & Spa to play the Championship course for The COBRA PUMA NXT LVL Championship this week.

Set in the heart of Cheshire, Tarporley, the Championship course is set to offer a real test for the players with lakes coming into play and waterfalls plus a monster of a par 5 on the third.

Last week was an enduring week for many with Open qualifying followed up by the trip up to Morpeth for The Motocaddy Masters at Macdonald Linden Hall County Golf Club where Andrew Wilson came out on top on the final day.

No fewer than six players tied for second on nine under showcasing how high the standard is on the tour this year with the cut made at one under after day two.

Macdonald Portal is sandwiched between Crewe and Chester near to Delamere Forest and has three courses to boot including the Championship course designed by Donald Steel.

On the back of the Irish Open at Lahinch last week and final qualifying for The Open there will be several returns to the Tour this week.

Irishmen Conor O’Rourke battled it out on the European Tour last week and returns for The COBRA PUMA NXT LVL Championship.

Last weeks winner Andrew Wilson is on a rest period before taking on The 148th Open at Royal Portrush.

Sponsors Cobra Puma are running their own order of merit this year to coincide with the PGA EuroPro Tour containing players that are part of their NXT LVL Academy.

As we head into the COBRA PUMA Golf NXT LVL Champs this week this is how the OOM is shaping up.@RyanCprogolf still leads the way with @W_Enefer jumping up to the No. 3 spot!!#NXTLVL @GolfMagic pic.twitter.com/8Oa8b8fsfb

Get down to watch the PGA EuroPro Tour for free at Macdonald Portal Hotel, Golf and Spa.