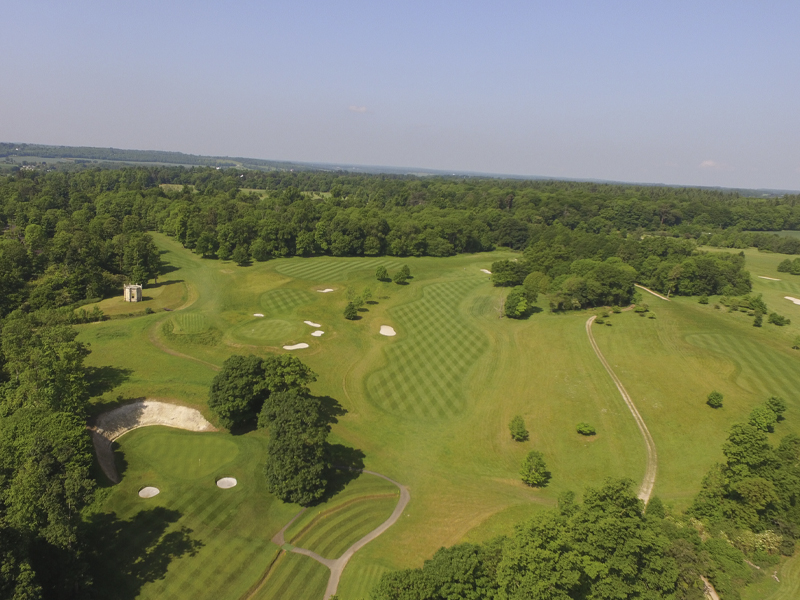 The PGA EuroPro Tour returns for 2021 at the home of Tour alumni Tyrrell Hatton, Harleyford Golf Club with The IFX Championship taking place Wednesday, 26 to Friday, 28 May.

After a year out due to the COVID-19 pandemic, the Tour is out to make a huge impact in 2021, with a prize fund of over €1 million and first place now paying out £12,500 each week of the regular season. Five Challenge Tour cards are on offer for the top five on the Race to Alcanada standings that will come to a conclusion on the Balearic island of Mallorca at  Club de Golf Alcanada in mid-October.

Sam Locke was the leading amateur at the 2018 Open Championship claiming the Silver Medal. The Scotsman was gathering momentum in the Pro Ranks during the 2019 season coming close at Caversham Heath. He followed this up in a stop-start year by winning on Paul Lawrie’s Tartan Pro Tour. Locke will be making a strong case for a Challenge Tour card with a strong outing at Marlow’s finest, Harleyford.

The Yorkshireman was a strong performer at final Qualifying School back in October finishing second on his own whilst also picking up several victories on the 2020pro tour. Hague also has European Tour starts to his name having won out on the Mena Tour back in early 2020.

Nick Poppleton made his mark in the 2019 season turning professional after a strong amateur journey. The Wath golfer has made the most of 2020 with strong performances around the Mini Tours. He will return with an eye on a Challenge Tour card this season.

Thomas Plumb had a glittering amateur career including representing GB & I in the Walker Cup at Royal Liverpool as well as being a former British Amateur Championship Stroke Play Winner. Now in the paid ranks, Plumb came through Q School and will be looking to move quickly up the levels.

The IFX Championship seems to bring fortune in previous years for players who go on to graduate to the Challenge Tour and beyond with Todd Clements winning in 2019 at Brocket Hall and Dave Coupland in 2018 at Foxhills. The same can also be said for Harleyford where it was Dave Dixon who claimed the Matchroom Sport Championship title in 2019 going on to get his Challenge Tour card at the end of the season and the previous year to that Billy Spooner.

The PGA EuroPro Tour will host its first Monday Qualifier ever in a historic move on Monday 7, June for one of five spots in the field for The World Snooker Golf Championship at Donnington Grove a few days later.

You will be able to catch highlights from The IFX Championship at Harleyford Golf Club on Sky Sports Golf.

Who will be out of the stalls quickly? Make sure you are following the PGA EuroPro Tour across social media for updates throughout the week. Facebook, Instagram, Twitter.

P2 Grips to give 2021 winners Grips and Trident Align