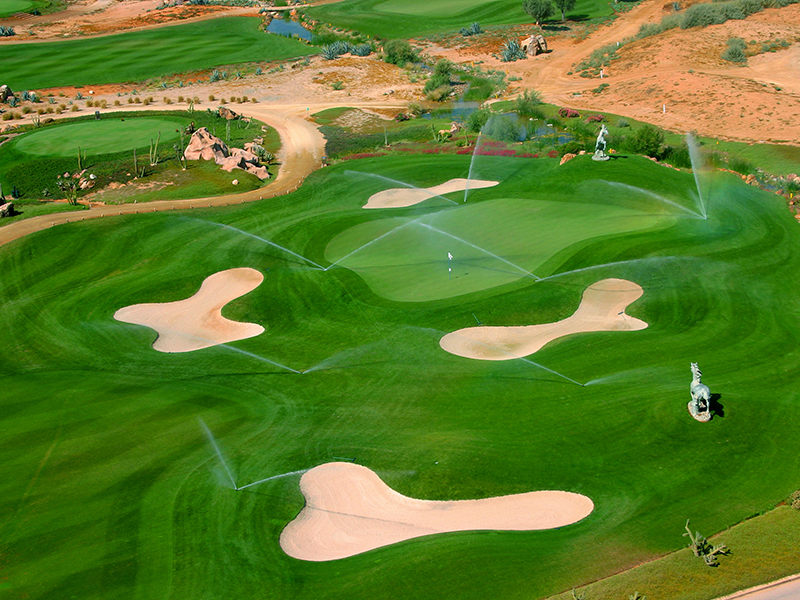 It’s the season finale for the PGA EuroPro Tour 2019 as we head to Desert Springs Resort, Almeria, Spain for what promises to be a grandstand finish.

Fifty eight players will battle it out for a prize pot of £100,000 over three days with season-changing amounts of money on the line that could well be the difference between an exemption category on the Challenge Tour.

The tournament sees no cut with all players playing fifty-four holes so there’s every opportunity for someone to make a march on any of the three days with Nick McCarthy clinching victory by three shots last year with rounds of 67, 64 and 68 for -17.

Currently leading the Race To Desert Springs rankings is Richard Mansell with one win and three second-place finishes to his name this season whilst Marco Penge, Alfie Plant, Todd Clements, and Jonathan Caldwell currently round off the top five. As well as the Order of Merit champion being crowned we will also see the conclusion of Ablrate.com Rookie of the Year with Plant leading the way in those proceedings.

The Indiana Course has it all with every hole having a different feature that could be brought into play whether it be: the springs, watercourses, dry river beds, rock and cactus areas, and bunkers. Sat within cascading mountain ranges the course captures it all with its unique charm wherever you are. It will play host to the second stage of European Tour Q School in the week that follows Tour Championships concluding.

Desert Springs Resort also has a wide range of facilities with the England Cricket Team visiting to take advantage of the warm weather for training camps on the cricket pitches. 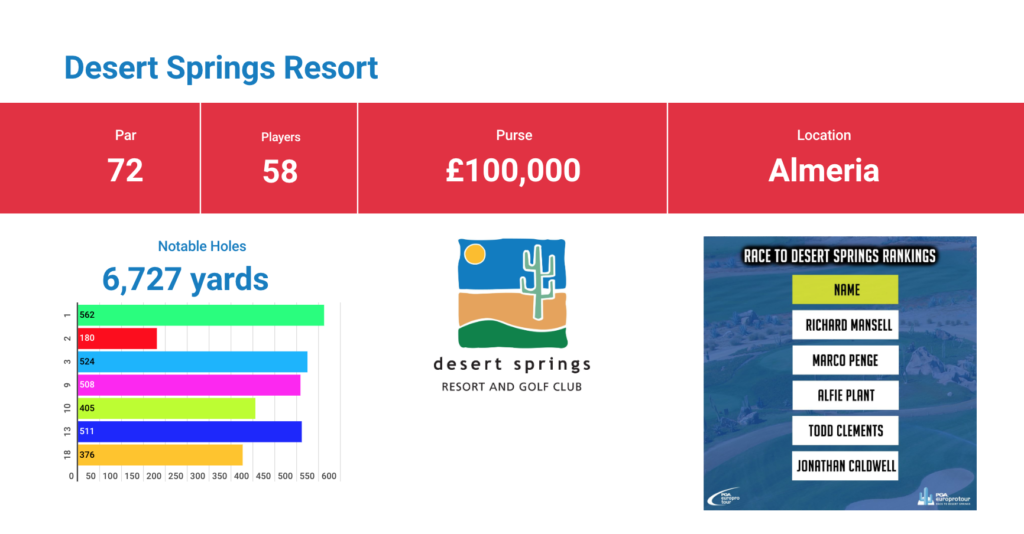 Where do this year’s winners stand?
Not much separates the top ten in the Race To Desert Springs rankings with eight of them winning at some point during the main season. 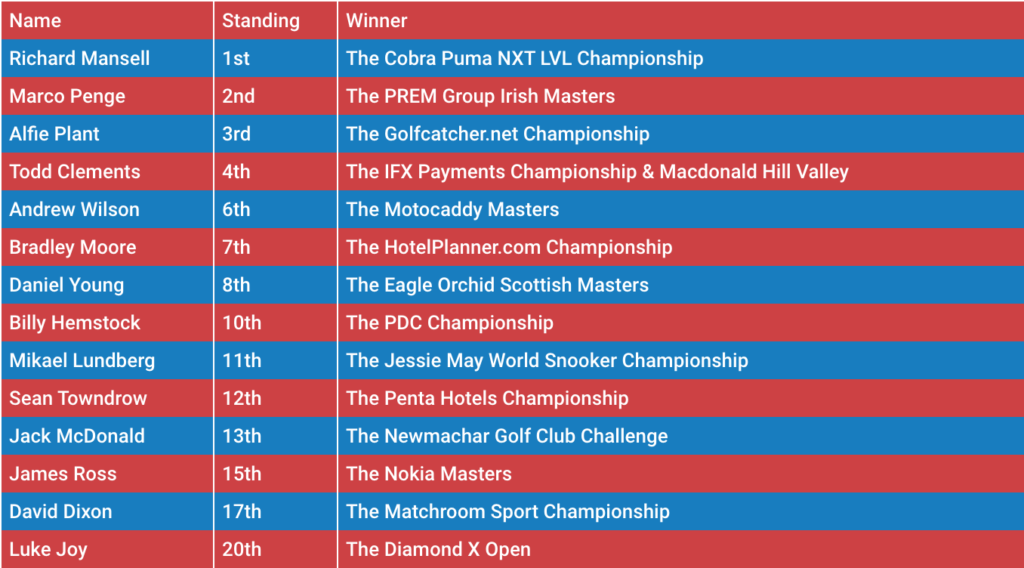