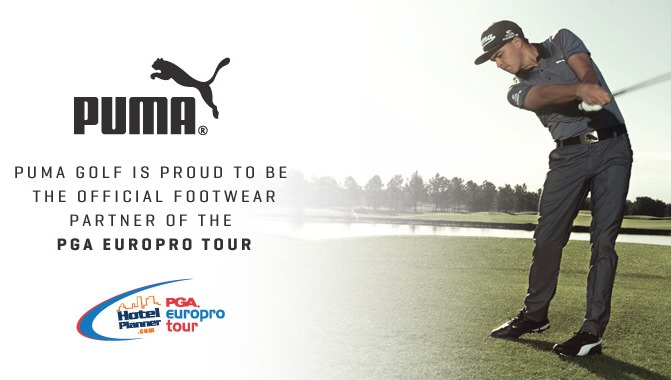 Today, PUMA Golf announced a further development in in its role as the Official Footwear Partner of the PGA EuroPro Tour.

The partnership continues in the same vein as 2014 allowing for a strong brand presence across the EuroPro Tour while offering support to players who are currently using, or are interested in the brands catalogue of products, but with the addition of the new TITANTOUR as the Official Shoe of the PGA EuroPro Tour.

“Having enjoyed a successful first year working the PGA EuroPro Tour we’re delighted to be strengthening our relationship with the launch of the new TITANTOUR as the tours official shoe,” said Mark Freeman, UK General Manager of COBRA PUMA GOLF.


“We are looking forward to working with the Tour and its members as part of a long term agreement and our commitment to the support & development of up and coming talent.”

Director of Operations at PGA EuroPro Tour, Dan Godding, said, “I am delighted that our association with Puma will continue for the new season.

“The support Puma offer to our players, some of Europe’s leading young golfers is invaluable to them and will prove a huge benefit in their bid to reach the top level of golf.

“Puma were a fantastic supporter of the Tour last season and I am thrilled for that to be continuing in 2015. Puma is one of golf’s major brands and our continued partnership is just one example of how the Tour has gone from strength to strength in the last few years.”
Designed to be the coolest shoe in golf, the TITANTOUR features revolutionary, temperature-regulating Outlast® Technology along with a sleek, eye-catching silhouette for a tour performance golf shoe with industry-leading comfort and style.

“Once again, we are pushing the limits of footwear innovation and style. The TITANTOUR provides even greater comfort for the golfer by proactively regulating heat and reacting to changes in conditions and foot temperature,” said PUMA Golf Head of Footwear Grant Knudson.

“The fit, feel and performance of the new TITANTOUR shoes are specifically designed to meet the needs of all golfers at the highest level.”

The TITANTOUR is already supported by a host of top PGA Tour players, including Rickie Fowler and Jonas Blixt.

The EuroPro is an ideal platform for this premium tour product to be given increased exposure and Tour validation through the PGA EuroPro Tour. 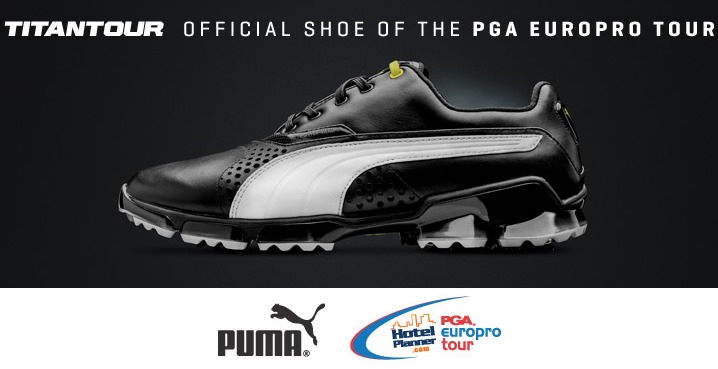