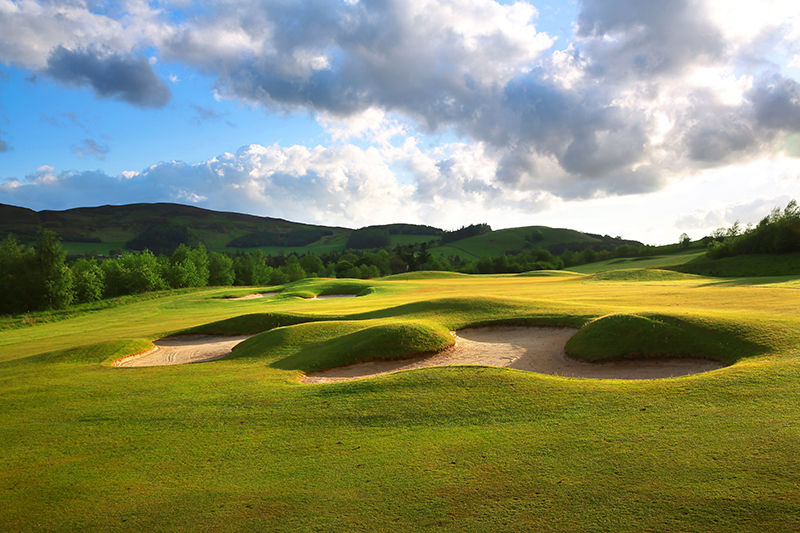 The weather was no problem this time around for Macdonald Cardrona with the delayed Q School 2019 Stage 1 qualifying was complete over 18 holes today. (Wednesday 10th April 2019)

With 20 spots up for grabs to advance to the final of Q School 2019 qualifying at Frilford Heath next week, Scotsman Sam Locke, Paul Lawrie Golf Centre, came out on top shooting a card of 66 -6.

After a small delay due to frost, it was Locke who set the benchmark for the rest of the field shooting seven birdies putting him 2 shots ahead of fellow Scot Scott Gibson, Southerness Golf Club. Neil Fenwick of Dunbar Golf Club and Kenneth Ferrie of Matfen Hall Hotel Golf Spa followed closely behind on 3 under.

Michael Browne, Long Sutton Golf Club, only took up golf two years ago after having his leg amputated. Two years down the line, a professional golfer, he shot +5. Unfortunately, not enough to make it through but sure to be a name that people will see in years to come.

There was a five-man playoff for four spaces to conclude the day’s play.

Players are competing to earn the highest possible category on the 2019 PGA EuroPro Tour. All those progressing to Final Stage will earn at least a category 14, with golfers making the Final Stage cut earning a minimum category 10 and the top 30 earning category 3.

There will be 240 battling it out for the best category possible at the final stage of Q School 2019 at Frilford Heath from next Tuesday. (Tuesday 16th April 2019) You can view the full list of golfers here.