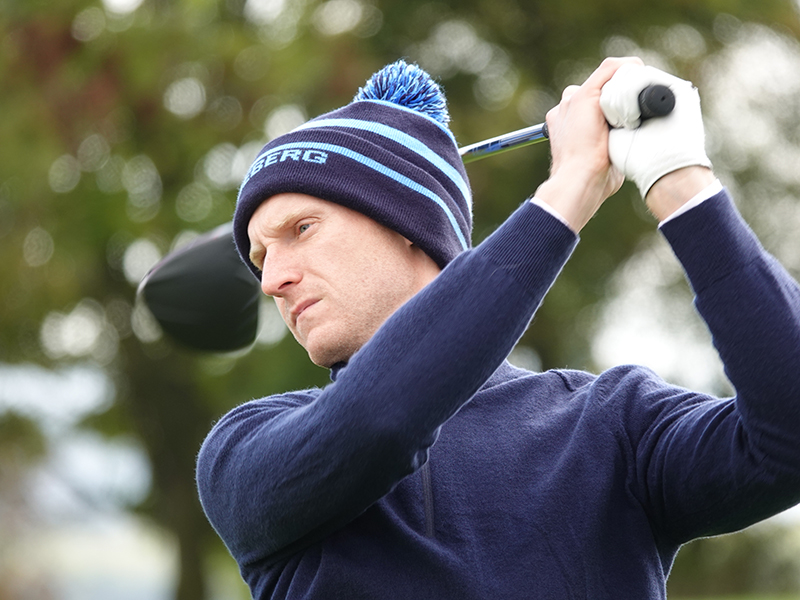 The cut has been made at Q School 2021 final stage supported by Sky Sports with 80 plus ties progressing to one last round at Studley Wood Golf Club tomorrow.

It was a brutal day with the cut to make it to the final day sitting at two under after it floated between three to one under throughout the day.

Rounds of 67 and 66 from Sutton Coldfield Golf Club’s Patrick Ruff gives him a one shot lead going into the final day with a flawless second day that included back to back birdies to finish. It’s a far cry from last season where Ruff didn’t get past the opening stage.

Sometimes it just runs in the family and that could be said for Sam Broadhurst who will go into the last day after rounds of 69 and 67 so far for solo second at eleven under.

Overnight leader Ryan O’Neill (Penwortham Golf Club) continued his good form with a round of 70 (-2) putting himself in a strong position whilst Matty Lamb (Golfing4Life), James Johnston, and Jack Floydd (Haywards Heath Golf Club) are one back tied for fourth on nine under.

Twelve amateurs made the cut with the best coming in the form of Matty Lamb as mentioned above and Benjamin Jones (Northamptonshire County GC) after signing for rounds of 66 and 71 so far in Oxfordshire.

SOME TURN IT AROUND IN STYLE

Leon Fricker (Yelverton Golf Club) had one of the rounds of the day turning around from two over yesterday to four under overall with a fantastic 67 (-6) at Studley Wood to move above the cut line.

Ben Robinson (The Vale Golf & Country Club) had a second day 69 (-4) to come back from two over to put himself back in contention. Elsewhere on The Oxfordshire, Scotsman Chris Maclean turned it around with a 67 (-5) to bounce back from two over. Something that compatriot Stuart Mclaren (Bruntsfield Links) replicated.

A notable fiver under from Jake Hapgood of Southerndown Golf Club wasn’t enough for him to make the cut.

The highest category available from Q School supported by Sky Sports is category three. This goes to those who finish inside the top 30 overall after the final round tomorrow. Thereafter, players 31–60 and ties get category six. 61-80 and ties category 10. Full categories for those who missed the cut can be found here.