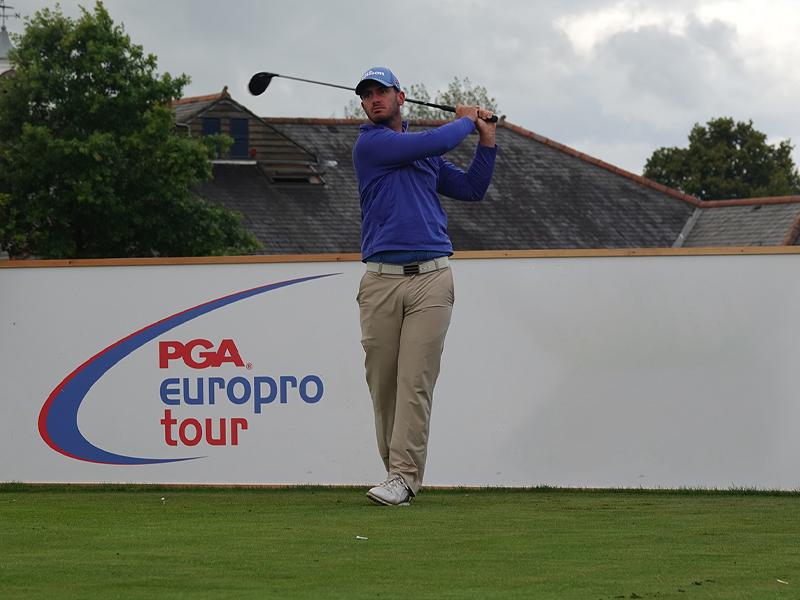 28, 29, and 25 players respectively from each venue will get the opportunity to progress to the final stage next week at The Oxfordshire Golf, Hotel and Spa, and Studley Wood Golf Club.

Round-Up from Mannings Heath and Formby Hall can be found here.

Leaderboards for the first stage can be found here.

Donnington Grove has played host to some of the best in the game and has featured on the schedule for a few years now. The Newbury course is long and offers sweeping fairways along with some tight greens.

Amateur Matty Lamb (Golfing4Life) competed in The Motocaddy Masters last year up at Linden Hall giving a fine account of himself. That account continues as he sits as tied clubhouse leader on day one with Cameron Phillps of Hindhead Golf Club. The pair signing for rounds of 68 (-4).

A hole-in-one for Jack Seaman (Wrag Barn Golf Club) sees him also in contention with the bar currently set at two over.

Luton Hoo will open the season when it comes around next May so this week will prove to be a perfect opportunity for players to test their ability around a course that has previously played host to both the PGA EuroPro Tour and the Challenge Tour in years gone by.

The course has coped well with the onslaught of rain in the last week with plenty of compliments for how it played. One of those who will be most happy after round one is amateur Louis Sanders (Copt Heath Golf Club) who shot a bogey-free eight-under round of 65 to hold the clubhouse lead.

The same can be said for Jack Hawksby (Millbrook Golf Club) with only one blemish on the card in a round of 66 (-7) to sit one back off the lead. Meanwhile, King’s Lynn Golf Club’s Jack Yule can be happy with his work as he attempts to get back on the tour with an opening day six under round along with James Biggs of Diss Golf Club and Australian Joshua Taylor.

As it stands it will take one under to be in contention to make it through.

A European Tour Q School venue, the Bristol course is a real proving ground for players and that’s certainly shown to be the case on day one.

David Langley (Castle Royle/Golfing4Life) had success out on the Mena Tour in the early part of the year and that success continued on day one with a remarkable 65 (-5) to be four clear of the field heading into the final day. His round included five birdies on the front nine.

Five over is currently the pinch point to make it through to the final stage.

One more round to determine who will get through to the final stage of Q School 2021 supported by Sky Sports.

Players are competing to earn the highest possible category on the 2021 PGA EuroPro Tour. All those progressing to Final Stage will earn at least a category 14, with golfers making the Final Stage cut earning a minimum category 10 and the top 30 earning category 3. Final Stage will be hosted across three days at Studley Wood Golf Club and The Oxfordshire Golf, Hotel and Spa.