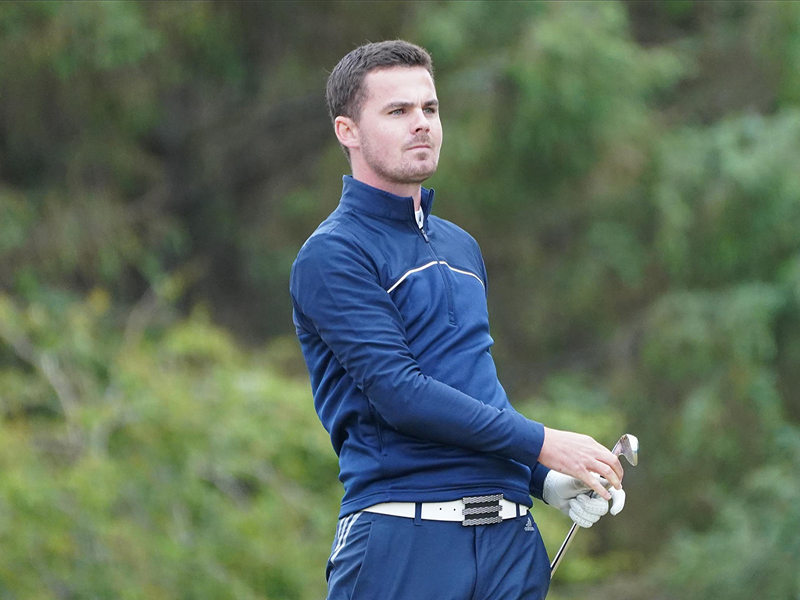 Two of the five first-stage venues for Q School 2021 supported by Sky Sports are complete with a total of 57 players moving forwards to the final stage in October.

It was former Lee Westwood Trophy winner David Hague who claimed first stage victory at Mannings Heath Golf & Wine Estate with a clinical 68 (-4) final round to give the Malton & Norton Golf Club man a comfortable four-stroke victory over his nearest competitor complimenting yesterdays 67 (-5).

The Waterfall course couldn’t have played anymore differently over the two days with Hague not put off as he booked his place for final stage next month: “I found the approach shots tricky to get pin high, the wind swirled and picked up as the round went on.”

Hauge, who clinched his first professional victory before the COVID-19 pandemic was happy to get back out competing and finding some consistency: “It was frustrating as I was on some good form just before lockdown, but since the restart, I’ve managed to play a lot of one-day events on the 2020 Pro Tour which has been great.”

Overnight leader Connor Worsdall (The Essex Golf & Country Club) was safely through after a one over final round. One of the best performances of the day came from Scotsman Chris Maclean (Balmore Golf Club) who signed for a 69 (-3) to move from one over on his first day.

The leading amateurs came in the form of George Goddard (West Hove Golf Club) and Charlie Strickland (Golfing4Life) both safely through on one under.

Weather conditions were not kind as mentioned previously with the magic number to make it final stage finishing at three over with 29 getting through.

Amateur Harrison Proos (Ramside Hall and Country Club) ended up comfortably ahead of the field to qualify at Formby Hall Golf Resort & Spa with rounds of 69 and 67 to finish up at eight under. Proos last appearance on the tour came in 2013 at Rowallan Castle.

Overnight leader John Henry of Clydebank & District Golf Club sailed through the second day with a 71 (-1) to finish solo second keeping up the good form he found over the summer on the Tartan Pro Tour. Sitting one stroke back was another amateur in Crewe Golf Club’s Harry Beavan.

Scotsman Robbie Morrison (Royal Perth Golf Club) has plied his trade on the PGA Tour of Australasia in recent years and he moved forwards to the final stage coming in tied fourth with compatriot James Johnston and Luke Kelly from Ashton-under-Lyme.

The weather forecast didn’t look promising on Merseyside and it showed with the mark for qualification to final stage ending up at fiver over. 29 progress to Studley Wood Golf Club and The Oxfordshire Golf, Hotel, and Spa respectively.

Players are competing to earn the highest possible category on the 2021 PGA EuroPro Tour. All those progressing to Final Stage will earn at least a category 14, with golfers making the Final Stage cut earning a minimum category 10 and the top 30 earning category 3. Final Stage will be hosted across three days at Studley Wood Golf Club and The Oxfordshire Golf, Hotel and Spa.