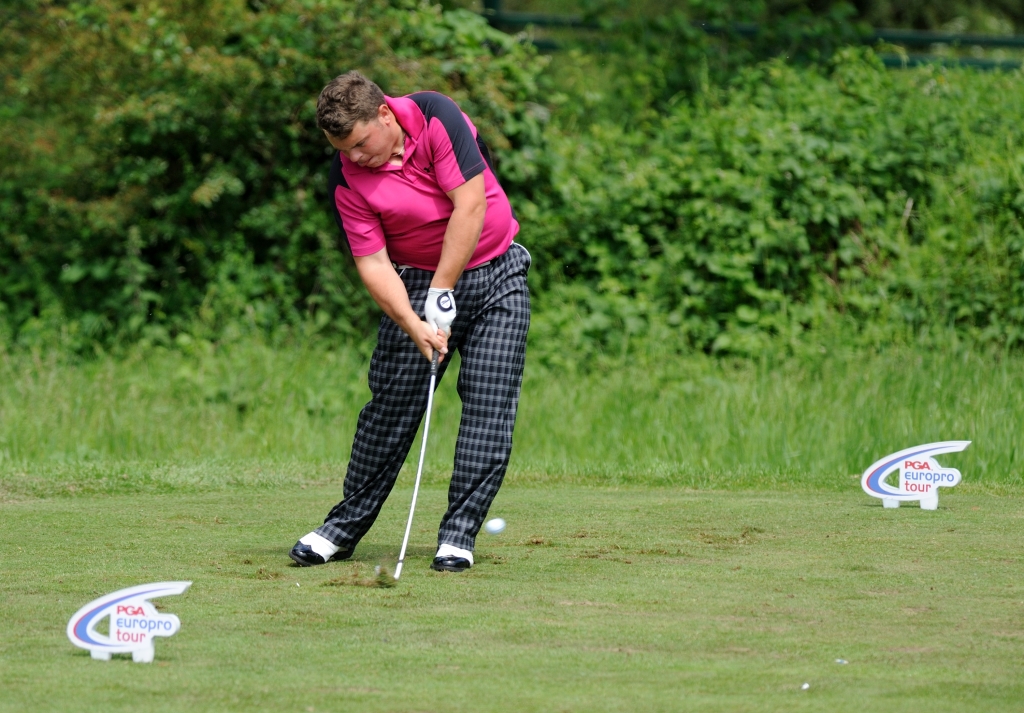 Jack Colegate shot a new Priestman Course record nine-under-par 63 to lead the Break90 Classic by one stroke ahead of the final round of the HotelPlanner.com PGA EuroPro Tour event at De Vere Slaley Hall.

The Kent golfer’s remarkable second round saw him make nine birdies and nine pars as he raced up the leaderboard to take control on ten under par ahead of the final round of the event, which carries a £40,000 prize fund with £10,000 going to the winner.

Ireland’s Michael McGeady is second after rounds of 66 and 69 took him to nine under, just one behind Colegate. Spaniard Sebastian Garcia Grout is third on eight under – two behind the leader -while South African Darryn Lloyd and Merseyside’s Sandeep Grewal share fourth on seven under par.

“I didn’t hit it amazingly today but I holed a lot of putts,” said Colegate, who is chasing his first win on Europe’s third-tier tour. “We were lucky with the weather looking at the forecast from the start of the day; we only had a few rain showers in the end.

“I feel I have enough experience of final rounds to go and do well tomorrow. I had last week off through injury and I think that has turned out to be the best thing.

“I had played seven weeks on the spin and to have a rest was really good I think. I was injured so I didn’t do any practice at all, I just chilled out for ten days and it has worked out because I have played well this week.

“I will go and take it one shot at a time tomorrow. I will set myself a number in the morning and try and get to that and see if it is good enough.”

A cut to the leading 50 players plus ties has now been made, with the 56 golfers whose 36-hole score is level par or better proceeding to play the final 18 holes, which will be filmed for a two-hour highlights package to air on Sky Sports on Tuesday, August 26. Spectator entry is free and live scoring can be found at www.europrotour.com.

The final round of the 54-hole Break90 Classic takes place on Friday (August 15) and will be filmed for a two-hour highlights package to air on Sky Sports on Tuesday, August 26. Spectator entry is free and live scoring can be found at www.europrotour.com.