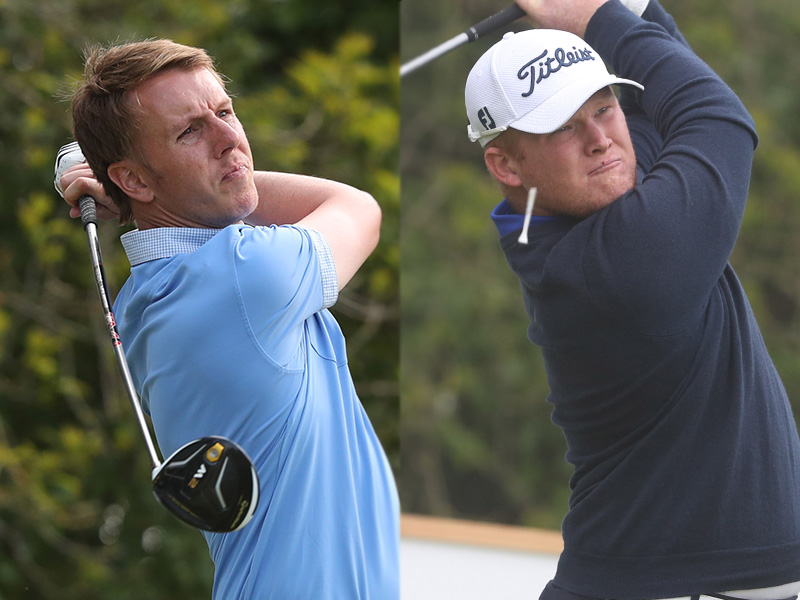 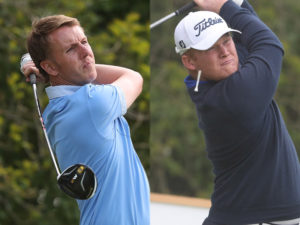 James Ruth finished his second round birdie, eagle, birdie to set a new Studley Wood course record 64 (-9) and take a share of the lead alongside Chris Lloyd ahead of the final round of the HotelPlanner.com PGA EuroPro Tour’s PDC Golf Championship.

It’s the second course record Ruth has broken this season – he also had his scorecard framed at Great National Ballykisteen Golf Hotel in Tipperary, Ireland, where he shot a 65 (-7) in May.

Lloyd (The Kendleshire) won the Eagle Orchid Scottish Masters at Montrose last week and knows a second win would leave him well-placed to finish the season inside the Race To Amendoeira top five and earn promotion to the Challenge Tour. It would also mean he is halfway to the £250,000 bonus offered for four wins during the season.

“I’m very satisfied with that round because I was a bit out of sorts today,” admitted Lloyd. “I didn’t really have it like I did yesterday and it was a bit trickier with the wind today. I’m very, very pleased. I didn’t hole much apart from a great par save on the 7th, my 16th and then an eagle on my last.

“I’ll be pretty aggressive tomorrow, the same as I have been the last two days. I’m not sure what the weather forecast is but it will probably be similar to today. Patience is everything because chances are going to come – 17 and 18 are both par fives where you could easily finish three-three or six-six, so if I have a lead or I am a few behind it isn’t ever going to be over with those two holes.

“A win would probably be enough to be in the top five at the end of the season but my goal is to win the rankings.”

A cut to the leading 50 players and ties has been made with all those three under par or better advancing to play Friday’s final round.

Live scoring is at www.europrotour.com and spectator entry is free of charge all week. Highlights from Studley Wood will air on Sky Sports on Tuesday, July 4.