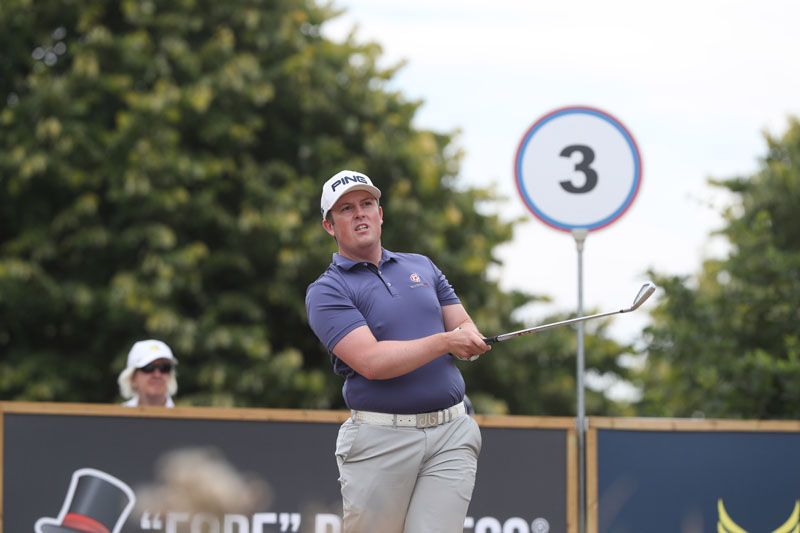 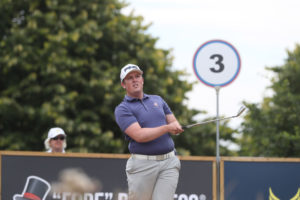 Dave Coupland shot a course record 62 (-11) to leave the rest of the field in his wake and lead by four shots at the IFX & Winged Boots Championship at Foxhills Golf Club & Resort, Surrey.

Coupland (Woodhall Spa Golf Club), set the course record at the Pro-Am carding a 63 (-10) before breaking his own record 24 hours later, going one better posting a 62 (-11), marking the joint-lowest ever one-round score (to par) in the PGA EuroPro Tour’s history. The previous record coming in 2007 when Sandeep Grewal carded a final round of 60 (-10) at the partypoker.net English Masters.

A blemish-free score card which consisted of 11 birdies and seven pars, Coupland admitted it was a near-perfect round: “What can you say? It was unbelievable out there today. It’s so difficult to follow up a low round with another one but to better it was amazing.

“I knew I was playing solid yesterday, I felt comfortable out there and had a game plan and stuck to it today. I was able to read the greens well and the putts just dropped in today.

“I’m not going to get ahead of myself because I know it will be difficult to replicate that tomorrow. It’s a new day and I have to approach with a blank slate.

“There’s only one poor shot that I played today that sticks in my mind and even then, I was able to get up and down to make birdie, but other than that it was a perfect day.”

After missing his first cut of the season last week, the bounce back of all bounce backs means Coupland heads into the second round with a four-shot lead over his nearest competitor. Will Enefer (Retail Furniture Ltd) sits in second after carding a superb opening round of 66 (-7), dropping just two shots over his first 18 holes.

The IFX & Winged Boots Championship continues tomorrow (Thursday, 2ndAugust) after which a cut to the leading 50 professionals and ties will be made.

Spectator entry is free throughout and live scoring can be found at europrotour.com all week.