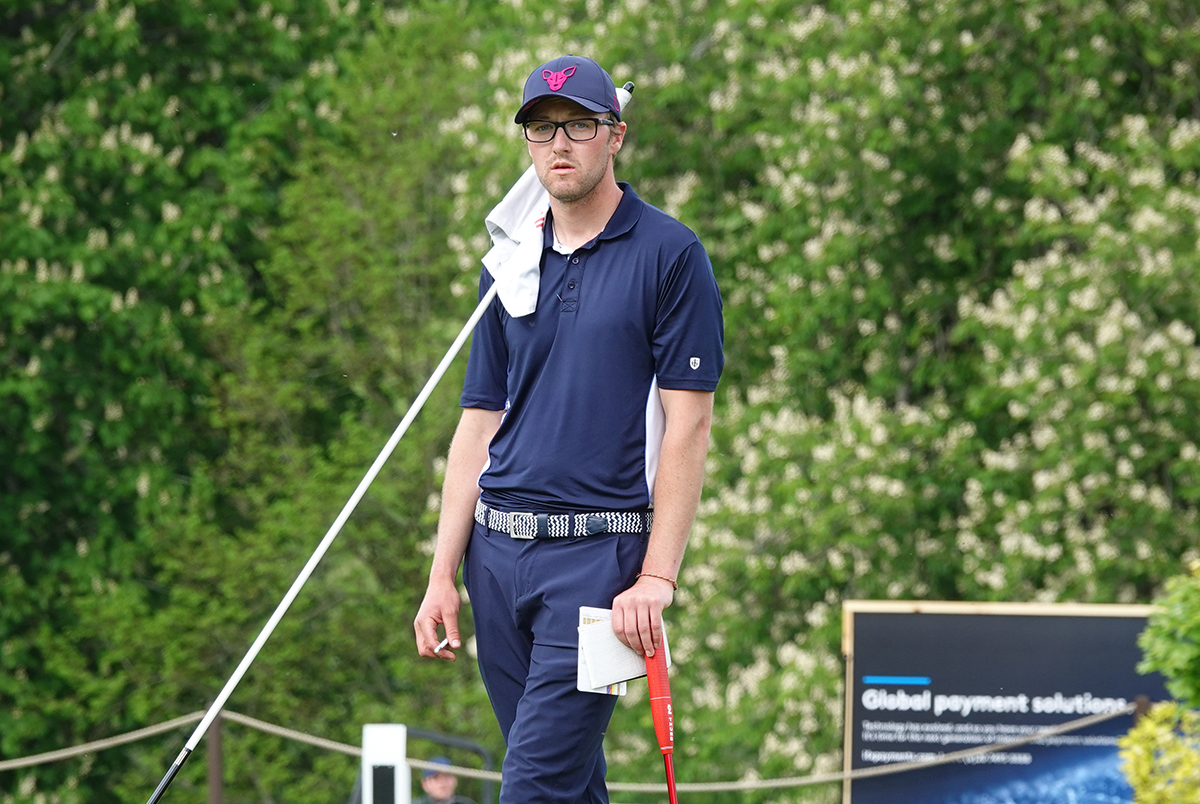 Record breaking day at Harleyford as cut made

A record-breaking day in The IFX Payments Championship at Harleyford Golf Club, as the official course record was matched before being broken twice with first of all Nick Poppleton of Wath Golf Club, equalled the previous 63 (-9). A short time later, Rhys Thompson (Spanish City/Whitley Bay) broke it with a 62 (-10) then WITHIN the hour Gian-Marco Petrozzi was on for a 59 eventually signing for a 61 (-11) official course record.

Poppleton will be the man with a target on his back on the last day though as he takes a one shot lead at fourteen under into his final round where first round leader Ashton Turner (Kenwick Park Golf Club) sits with Jamie Dick (AT Golf Coaching) and Petrozzi. He (Poppleton) is yet to drop a shot this week and had equalled Turner’s 63 with a back nine of 31.

It’s hard to fathom what was witnessed at the home of tour alumni Tyrrell Hatton where Hatton holds an unofficial record round of 60. Rhys Thompson of Spanish City/Whitley Bay broke the official tournament course record with a breathtaking 62 for ten under for twelve under total leaving him two shots off the lead. In the same group as Thompson was Jake Ayres who came painstakingly short of equalling the 62 set by his playing partner instead of settling for the previous course record of 63.

Thompson was relieved to find his feet on the course after a tough 18 months without full tournament golf: “It’s been a long time coming. I’ve been playing some pretty solid golf. I’ve been itching for some of those putts to drop for us and get a bit of luck and I think today has definitely shown that.”

From what was breathtaking to something sensational as Gian-Marco Petrozzi (Trentham Golf Club) was on for a 59 after nailing eight birdies on the bounce, he followed it up with three birdies later on to surpass Thompson’s course record that didn’t stand for too long.

Petrozzi was rather pleased with his day’s work: “To be honest it is a little bit surreal. It’s close to two years without competitive golf. Just to be in competition and going low like that. I’ve not felt that feeling for quite a long time. It was just really nice to get that feeling again.”

On any other day, a 64 (-8) would be the headline and that’s the case for James Frazer (Machynys Peninsula), and Josh Hilleard (Golfing4Life) who are at tied fifth and eleventh respectively.  The rest of the top ten players sees Bondhay Golf and Country Club player Reece Samson at twelve under overall and Trinifold Sports’ Harry Goddard at eleven under alongside Joe Brooks (Hanbury Manor Golf Club) and Jake Ayres (Foxhills Country Club & Resort).

After 18 months of no PGA EuroPro Tour action, it was clear the players wanted to take it on the course and it showed on a day with not a breath of wind and the course playing soft due to an onslaught of rain in the prior weeks with the cut eventually going to a brutal five under.

Benjamin David shot an on-the-money five under to move above the cut line whilst it was a similar tale for the 2019 champion David Dixon of Enmore Park Golf Club who signed for a 66 (-6).

A truly remarkable day that sets the final day up to be an absolute cracker in Marlow. Follow all the action through the PGA EuroPro Tour social media channels: Facebook, Instagram, and Twitter. With highlights on Sky Sports Golf in the UK a week Tuesday evening.

Turner sets early pace with season opening round of 63