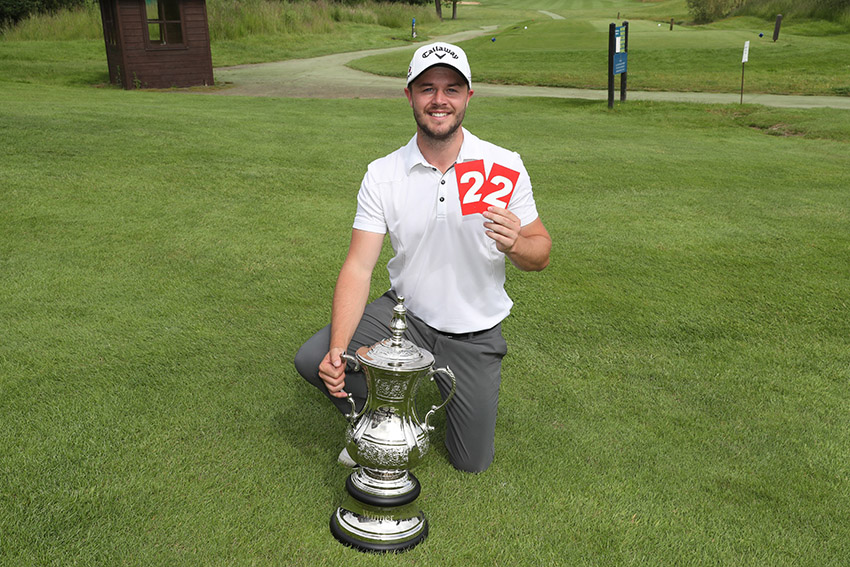 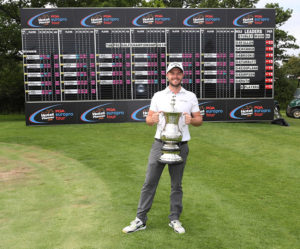 Scott Fallon won the PDC Golf Championship at Studley Wood Golf Club with rounds of 66, 64, and 67 to win by six shots in a record breaking performance.

Fallon (North Middlesex) broke the record for the lowest winning score in HotelPlanner.com PGA EuroPro Tour history with a staggering final score of 22-under par, the previous being 20-under par which was shot at Luton Hoo Hotel, Golf & Spa in 2017.

Once the 28-year old picked up his first birdie of the day on the fifth hole, he never looked like slowing down, picking up a further three on the front nine alone. Three birdies and just one bogey on the back nine was all but enough to seal the title for Fallon.

A maiden win on the EuroPro Tour, one which Fallon has had to wait seven years for since he first debuted on the tour. “It feels amazing, to win an event which is close to home with all my friends and family watching was very special”: said Fallon.

He added: “It feels surreal to have broken that record with my win, but it still feels great though.”

With a five-shot lead heading into the final 18 holes he never looked in doubt. He said: “It was nice to get some early birdies, especially to get three in a row on the front nine. It eased the pressure, and because of that I didn’t make many mistakes. I think I’m playing the best golf of my career at this moment.” 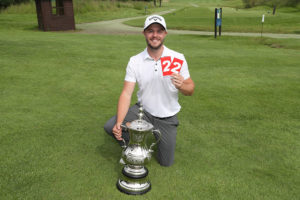 It was an emphatic victory in a week where records constantly tumbled. Firstly, a course record of eight-under par shot by Brendan McCarroll during the Pro-Am, before young Luke Turbutt set a new course record of nine-under par after day one – a score which he replicated on the final round, and he could have scored lower had it not been for a poor second round of 76.

Low scores were the theme of the week, with eight golfers shooting seven-under par or better in the final day alone. A notable mention goes to Woodhall Spa Golf Club’s Dave Coupland, who went out in 28 shots, and was on course for a 59 round until a double bogey on the 14thkilled off any hope of a £59,000 bonus pay day.

James Webber (The Rayleigh Club) eagled three of the five par fives on the final round to take second spot with a total score of 16-under par; he shared the honor with Joe Brooks (Hanbury Manor Golf Club) who birdied his last two holes to record his best ever finish on the EuroPro Tour.

Highlights of the PDC Golf Championship will air on Sky Sports Golf on Tuesday 19thJune.