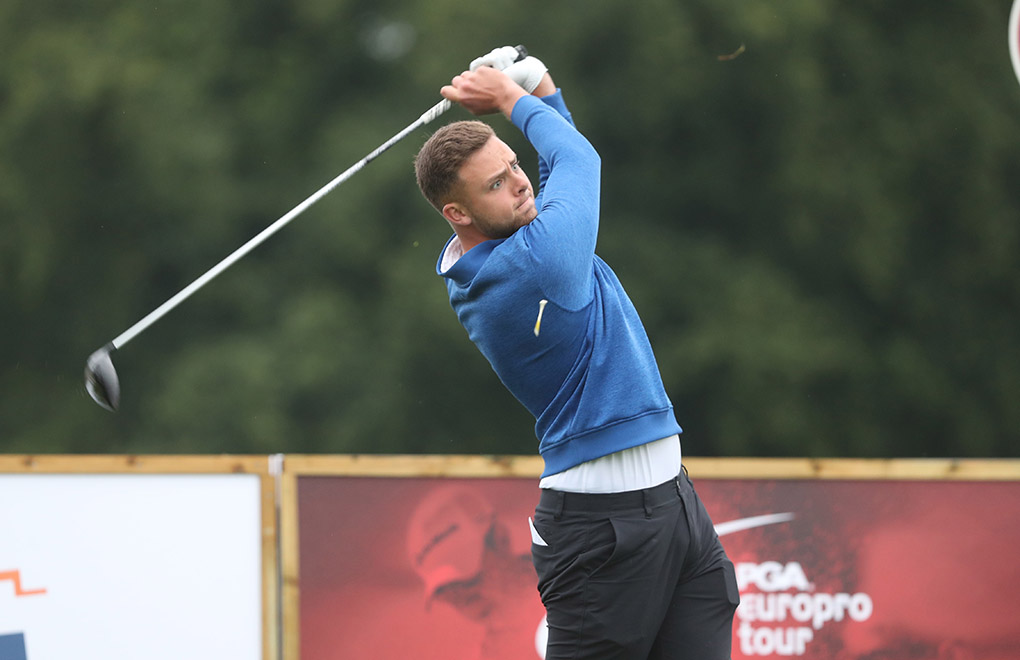 Billy Spooner shot a course record in the second round of the HotelPlanner.com PGA EuroPro Tour’s Matchroom Sport Championship at Harleyford Golf Club.

Spooner (Boston West Golf Club) started the day three shots off the lead after carding a solid 69 opening round but finished the second round a shot clear of his nearest rival with a stunning 64 (-8). The previous record held at the club was made by European Tour and local lad Tyrrell Hatton, also a former EuroPro member, who shot 65 as an amateur in 2011. 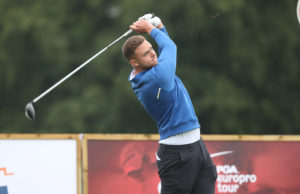 On his bogey-free round, Spooner said: “I started off pretty well but still missed three good chances from seven feet. I stayed patient though, kept going and got some momentum in my game.”

Patience paid off as Billy’s round developed from okay to outstanding with back-to-back eagles on the 9thand 10thholes – both par 5’s nonetheless. He said: “After picking up four shots in two holes and knowing I was in the mix for the lead, I tried my best not to think about it. I took it a shot at a time and talked things through with my caddie as usual.”

A further two birdies not only cemented his spot at the top of the leaderboard heading into the final round, but also the Harleyford history books. He said: “It feels amazing, it is a brilliant course in great condition and I’m really happy to have that accolade.”

Miles Collins (Stoke by Nayland Golf Club) sits one behind Spooner and could have been closer had he not dropped three shots in his first four holes. However, two eagles on the back nine combined with five birdies ensures he sits alone in second.

One of Spooner’s closet competitors, Alex Lodge (Azego: The Component People), picked up just one blemish on his scorecard. Speaking afterwards he said: “I got off to a flyer today with an eagle on the 1stand was able to carry on with some great scoring over the majority of my round. I’ve been quite picky with which pins I’ve got for this week, and I’ll approach tomorrow with the same plan as I’ve had lots of success with it.”

A cut to the leading 50 players and ties has now been made, with those two-under par or better proceeding to the final round, after which the winner will take home £10,000.

Spectator entry is free throughout and live scoring can be found at www.europrotour.com. Highlights of the Matchroom Sport Championship will air on Sky Sports Golf on Tuesday June 12th.