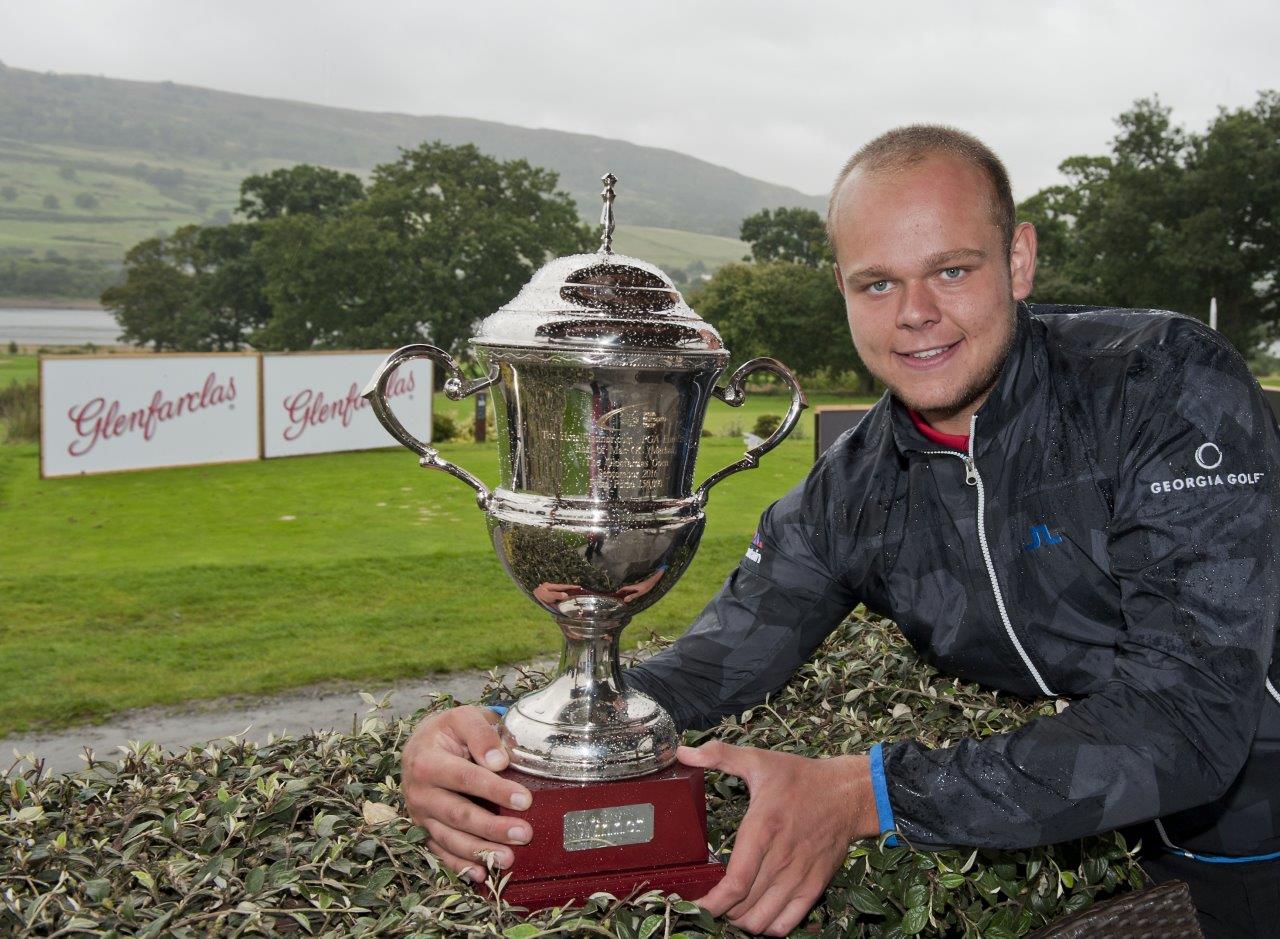 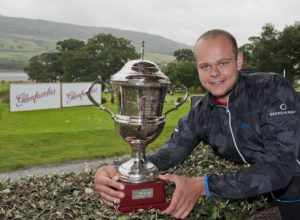 The tournament had been reduced to 36 holes after Thursday’s play was abandoned due to heavy and persistent rain at the Glasgow course. That meant 18-hole leader Thomson (Rotherham) would begin the final round with a two-shot lead.

He dropped two shots early on with bogies at the 2nd and 4th, but returned to seven under with birdies at the 6th and 9th. A solid back nine of eight pars and a four and the par-five 15th in tough conditions was enough for the Yorkshireman to earn the victory. 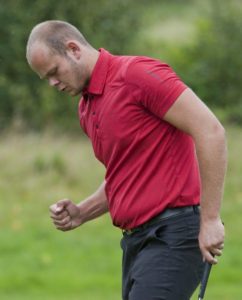 “I don’t know if it has quite sunk in yet but it is great to have got the job done today. It wasn’t easy and I had a bit of a frustrating start but I dug in well and I kept going.

“I told myself that it is tough for everybody, not just myself so I stayed patient. I was hitting good putts it was just the outcome, so I stayed focused and the putts started to drop.

“It was tough, the greens were difficult to read – you want to allow for a little more break when you know really it won’t break that much, and I did over-borrow a few on the back nine.”

Among the six players who shared fourth place on five under par was Billy Hemstock (Teignmouth), who moves up one place to third on the Race To Desert Springs Order of Merit, from which the top five at the end of the season earn a Challenge Tour card in 2017.

Highlights of the Glenfarclas Open will be broadcast on Sky Sports on Tuesday, September 20. The next HotelPlanner.com PGA EuroPro Tour event is the Clipper Logistics Championship at Moor Allerton Golf Club, which commences on Wednesday, September 21. The tournament will be the last of the season before the top 60 players are invited to play the Matchroom Sport Tour Championship at Desert Springs Resort in Spain.