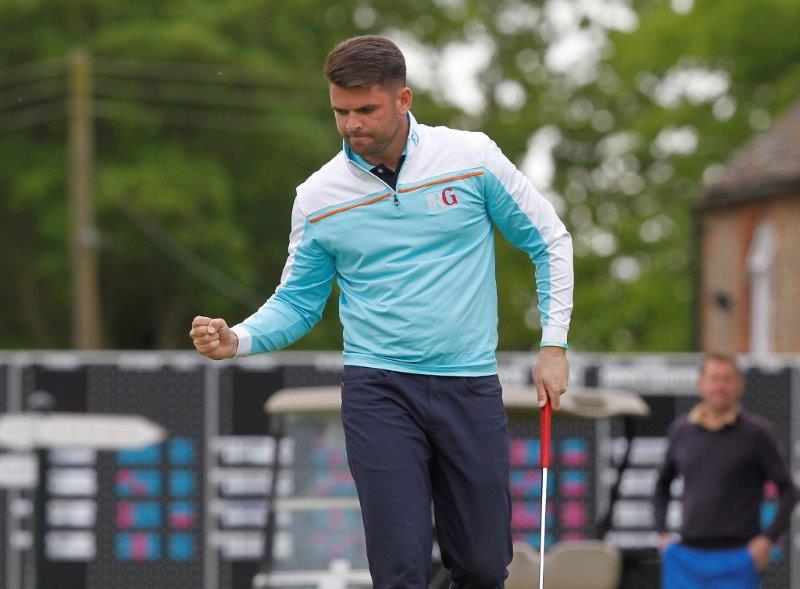 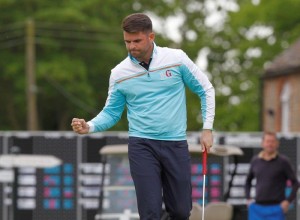 Runcie (Abergele Golf Club) dropped a shot at the fifth but an eagle at the sixth had him under par for the round. A birdie at nine gave him a share of the lead for much of the afternoon, and with Jackson already in the clubhouse on eight under and Canter a hole behind on the same score, a play-off looked likely.

But as the leaderboard at the back of the 18th changed to show Canter had dropped back a shot at the 17th Runcie holed his putt for nine under par and the £10,000 winner’s prize.

“It is an amazing feeling,” said Runcie, who also takes home £500 to spend at HotelPlanner.com, a new Motocaddy trolley, Bushnell Tour X range finder and Bolle sunglasses. “To come through qualifying and win the first one of the season is amazing.

“I wanted to compete this week. I have put the hard work in and been playing well and wanted to be up there in contention. I knew if I did my things well I would be in contention and that is what happened.

“I stuck to my game plan and didn’t force anything. I trusted every decision I made and I think that is so important.

“I looked over at the leaderboard when I got onto the green and saw that eight under had been posted and I needed to hole it for the win. It was very exciting.”

Highlights of the PDC Golf Championship will air on Sky Sports on Tuesday, May 31. The HotelPlanner.com PGA EuroPro Tour continues with the IFX International Championship at Burhill Golf Club, which beings on Wednesday, May 25.