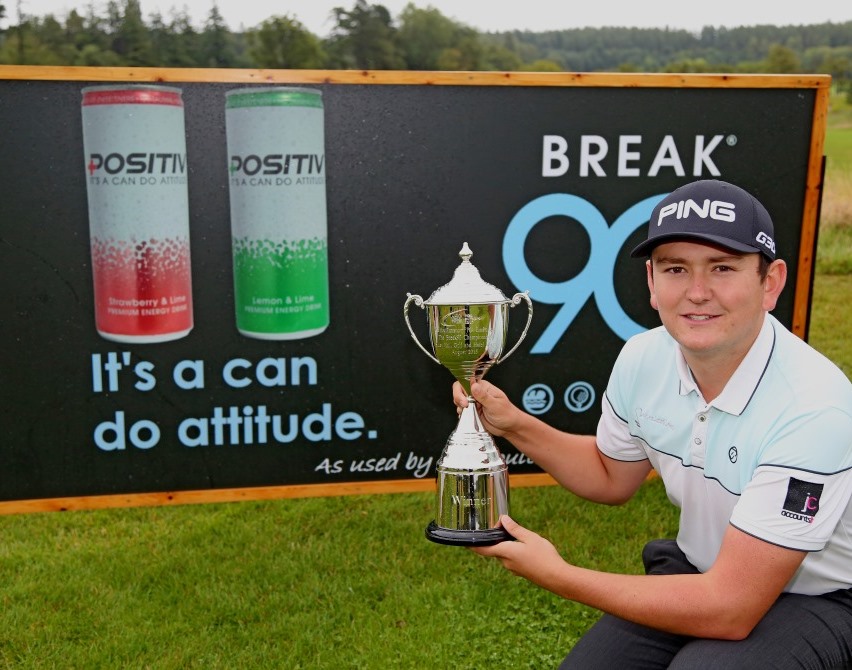 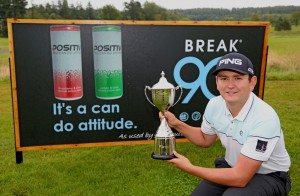 Jamie Rutherford won the HotelPlanner.com PGA EuroPro Tour’s Break90 Championship at Slaley Hall on the fifth play-off hole after heavy rain had forced the abandonment of the final round of the tournament.

Rutherford (Knebworth Golf Club) had been tied at nine under par with Billy Hemstock (Teignmouth Golf Club) and Sam Robertshawe (Army Golf Club) after 36 holes. The final round did start but with the leading group having completed only the first hole, play was suspended by the standing water caused by continuing torrential rain.

The rain continued into the afternoon and eventually play was abandoned with no chance of a completion of the final round. That meant the result would be taken after 36 holes, forcing the tournament to a three-way play-off.

The par-three 15th would be played continuously in a sudden-death format. All three players parred the first three additional holes before Rutherford and Hemstock birdied the fourth play to end Robertshawe’s fight.

On the fifth extra hole Hemstock missed his four-foot birdie putt and didn’t make it coming back either. Rutherford had played his first putt to within two feet and holed his second putt for par, and the victory.

Rutherford collected a winner’s prize of £10,000 as well as a brand new Motocaddy trolley, Bushnell Tour X range finder and £500 to spend at HotelPlanner.com.

Hemstock and Robertshawe both earned £4,500 having tied second. Six shared fourth on eight under, just one behind the trio who contested the play-off. They each took away £1,475.

With three regular-season events remaining before the top 60 on the Race To Desert Springs are invited to the Matchroom Sport Tour Championship in October, Sam Connor leads the standings on £25,659.64. The top five golfers at the end of the season earn a Challenge Tour card for 2016.

Highlights of the Break90 Championship will air on Sky Sports on Tuesday, August 25. The next HotelPlanner.com PGA EuroPro Tour event will be the Tree of Life Championship at Close House Golf Club, August 19-21.