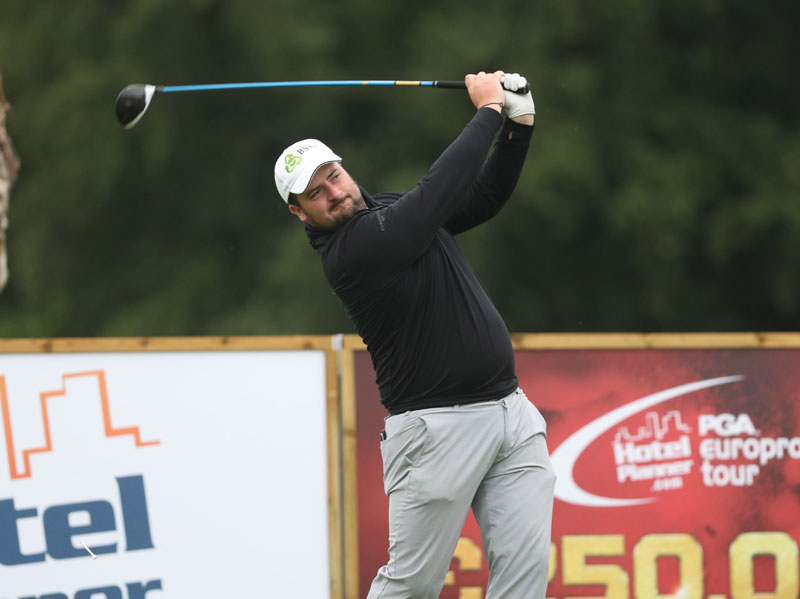 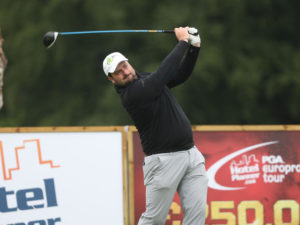 Ryan Campbell matched the course-record by carding a first round score of 65 (-7) to lead by one heading into the second round of the HotelPlanner.com PGA EuroPro Tour’s Jessie May World Snooker Championship at Clevedon Golf Club, Somerset.

Campbell (Falkirk Golf Club) started at an electrifying pace, picking up an eagle and three birdies in his first eight holes. A further four birdies and just two bogeys put the Scotsman in control heading into the second round on the West Coast.

“I didn’t know it was a joint course record, which is a nice little bonus!”: said Campbell. He added: “My putting was key today, I holed a lot of long putts from 20 feet or so when I went on my birdie run.”

The opening round is the lowest score the 26-year old has carded in his PGA EuroPro career, and one he hopes to build on this week. He said: “Once I birdied the 10thand 11thholes it started to feel like one of my best rounds of golf. My playing partners were scoring low on the front nine too so it didn’t feel like anything out of the ordinary until then.”

Campbell praised the course at Clevedon and said: “It’s a good course, there are a few funky holes out there, but it is a very enjoyable course to play. There are lots of birdie chances but if you don’t get the ball in the right areas you will struggle as it is playing quite firm.”

On being the clubhouse leader Campbell said: “I’m just going to approach tomorrow like any other round, you can’t win a tournament on a Thursday. I’m sure by the time I tee off tomorrow afternoon I’ll be nowhere near the lead so I’ve just got to treat it like a normal round.”

Low scores were the theme of the day, with 60 golfers shooting below par, and a pack of three golfers just one shot behind Campbell on six-under par. One of who, Jack Colegate, would have had a shot lead were it not for two bogeys on the 16thand 17thholes.

Tournament host John E Morgan said: “I hope he has a great week, he has got a point to prove this week. He has loved this golf club since he first arrived here at the age of ten; this is a great opportunity with £10,000 on the line, he knows every nook and cranny and I’d expect him to do well.”

He added: “The only thing that might get in his way is the pressure on his shoulders with everyone at the club willing him on, if he can marry the two up he could be onto a winning formula this week.”

The second round of the Jessie May World Snooker Championship continues on Thursday (21stJune) after which a cut to the leading 50 players and ties will be made before a final round is played on Friday (22ndJune).