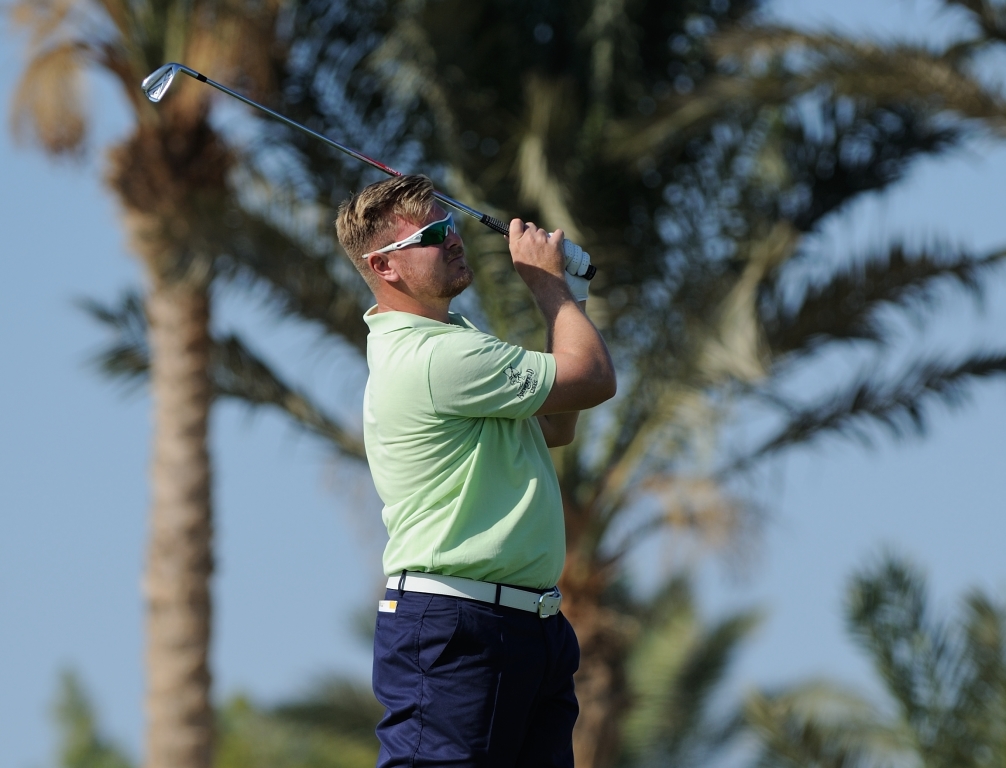 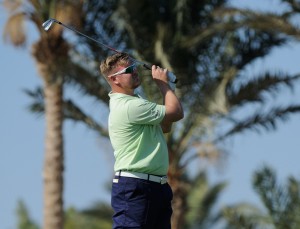 Elliot Saltman leads the Visit Egypt Tour Championship by one stroke on five under par after the opening round of the HotelPlanner.com PGA EuroPro Tour season finale at El Gouna Golf Club in El Gouna, Red Sea.

The Scot shot a 67 on day one and is one clear of the six golfers tied for second on four under. With a £15,000 top prize from the £60,000 prize fund, the winner will add crucial money to their Race To El Gouna standings. The top five not otherwise exempt on the Race To El Gouna at the end of the event will earn a Challenge Tour card for 2015.

Peter Tarver-Jones currently lies second on the Race To El Gouna and is one of the six tied second on four under. James Robinson also carded a first-round 68 and with William Harrold now out of the Race To El Gouna having made one start short of the required five, Robinson moves from sixth to fifth place. A strong finish this week will should see him secure his Challenge Tour card for 2015.

Sixth place may be enough with Race To El Gouna leader Jack Senior likely to earn an exemption through his performance on the Challenge Tour Order of Merit. Alex Belt, Nick McCarthy, James Frazer and Paul Shields are also four under and each could earn a promotion to Europe’s second-tier tour if they perform well this week.

Leader Saltman said: “I started off well with birdie, birdie which was nice. I then birdied the sixth – a par four which you can get quite close to. I managed to birdie nine with driver, three-wood so I turned four under.

“I bogeyed ten with a three putt but kept my wits about me and managed to birdie the par five at 13. I birdied the last as well and it was nice to finish with a birdie and get to five under.

“It is a great golf course, really, really good. It is a really good test. I have been playing really well the last three or four weeks back home trying to prepare for this. It is a nice place to come. It is the first time I have ever been to Egypt and it is nice to come here and the course is in great condition.”

The Visit Egypt Tour Championship is a 54-hole strokeplay event, with the final round taking place on Friday, October 31. Only the top 60 on the Race To El Gouna after the HotelPlanner.com PGA EuroPro Tour’s 16 regular-season events were invited. A two-hour highlights package of the event will be broadcast on Sky Sports HD on Tuesday, November 11.