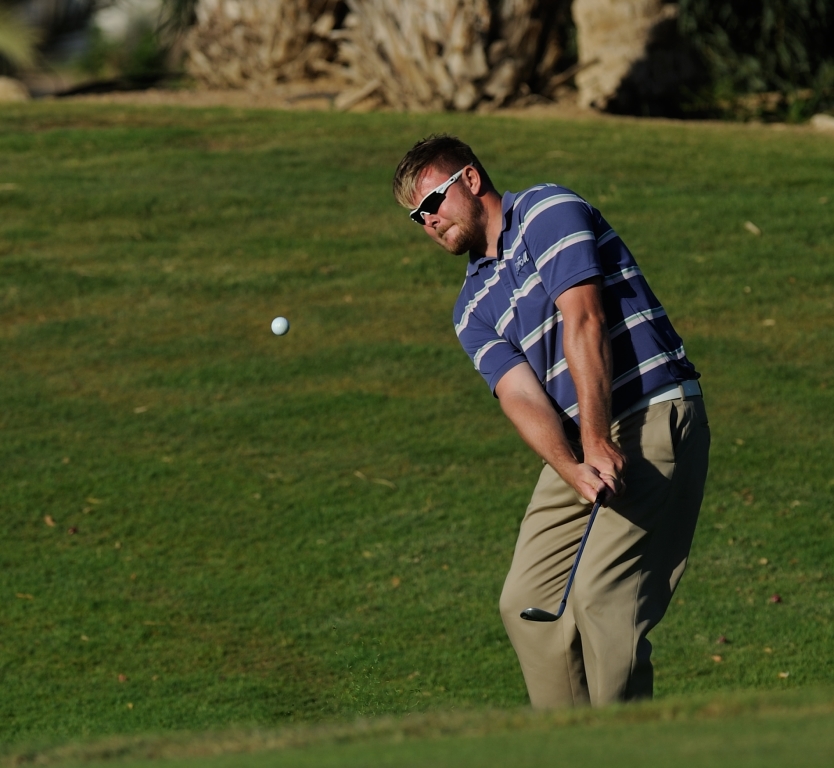 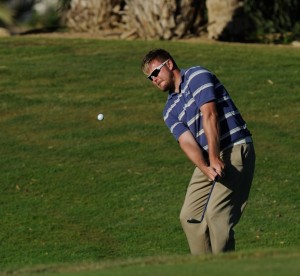 Elliot Saltman will take a two-shot lead into the final round of the Visit Egypt Tour Championship after carding a one-under-par 71 on a windy and testing second round at El Gouna Golf Club, taking his tournament score to -6.

Saltman (Archerfield Links Golf Club) began the day one clear on -5 and advanced to -7 with birdies at two and five before slipping back with a double bogey on the eighth. Birdies at nine, 11 and 16 followed but bogeys at 12 and 17 restricted him to -6.

The Scot currently sits 13th on the Race To El Gouna and while a win would see him secure a category on the 2015 Challenge Tour, second place may also be enough for Saltman to move into the all-important top five.

“I played well again today and got off to a good start,” reflected the leader. “I hit a bad tee shot into the water on eight and made six but made birdies at nine and 11. I got my club selection wrong on 12 and made bogey. I held in and had a couple more chances and managed to birdie 16. It was a poor tee shot on the 17th.

“It was tough conditions with the wind. We have one more round to go and I need to try and do the same things I have for the last couple of days.

“The wind makes a big difference, the course is playing really, really tough. If you just miss the greens the lies can be tricky. It has to be fairways and greens.”

The Visit Egypt Tour Championship is a 54-hole strokeplay event, with the final round taking place on Friday, October 31. Only the top 60 on the Race To El Gouna after the HotelPlanner.com PGA EuroPro Tour’s 16 regular-season events were invited. A two-hour highlights package of the event will be broadcast on Sky Sports HD on Tuesday, November 11.

At the conclusion of the event the top five golfers on the Race To El Gouna, who are not otherwise exempt, will earn a category on the 2015 Challenge Tour.